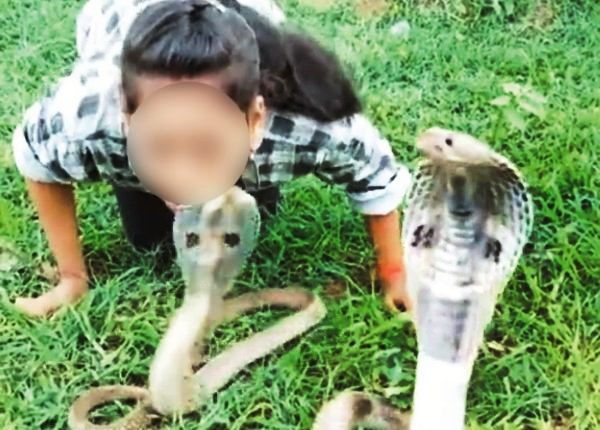 Bargarh: Performing stunt with venomous snakes and making girls kiss the reptiles proved costly for a youth as Bargarh Forest Department today arrested him for his acts.

The arrested has been identified as Rohit Meher. He was apprehended for violating the Wildlife Protection Act, said Bargarh DFO P. Sandeep.

Rohit had reportedly posted multiple videos on social media featuring his stunt with the snakes and several girls kissing the animals. The clips had gone viral on social media with thousands of ‘likes’ and ‘shares’.

The girls who had kissed the snakes will be brought under the purview of the investigation. Rohit’s income through the videos will also be probed, the official said.