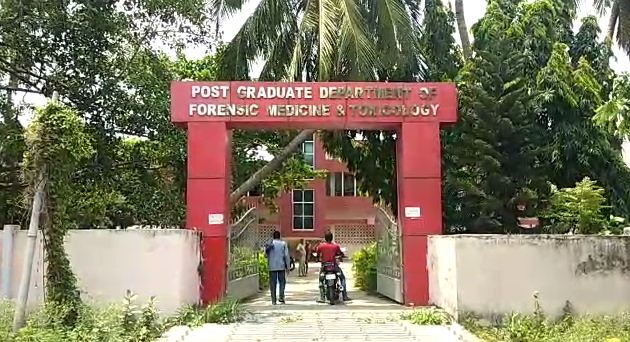 Bhubaneswar: As many as six persons died of snakebite at various places in Odisha during the last 24 hours.

Minor twin sisters Rojalin Sahoo and Sujata Sahoo (12) were bitten by a venomous snake at Bentapur village, around 10 km away from Angul town, last night when they were sleeping inside their houses.

The duo was rushed to the Angul District Headquarters Hospital and later referred to the SCB Medical College and Hospital in Cuttack. However, they died on the way to the hospital.

Similarly, a mother-son duo of B. Nuapalli village in Kodala area of Ganjam district died of snakebite. The deceased, identified as Manashaa Parida (32) and her son Ashish Parida (4), were sleeping last night around 2 am when a snake bit them.

Both were rushed to the Kodala Community Health Centre and later referred to the MKCG Medical College and Hospital in Berhampur. While the child died on the way to the hospital, the woman breathed her last while undergoing treatment at the hospital.

One Krushna Chandra Sahu (32) of A. Barida village under Kabisuryanagar police limits in Ganjam district also died after being bitten by a snake last night when he was asleep. He was initially admitted to Kabisuryanagar hospital and later shifted to the MKCG Medical College and Hospital, where he died during treatment.

Snakebite also claimed life of a woman, identified as Dharitri Patra, at Gurum village in Telkoi area of Keonjhar district last night while she was sleeping.