Snana Jatra at Shree Jagannatha Temple timings declared; Pahandi from 4 am to 6 am 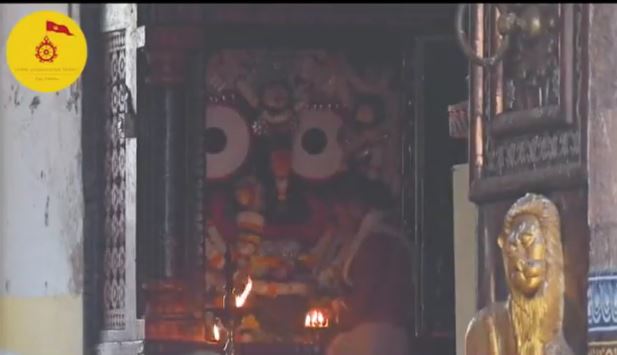 Puri: The Snana Jatra or the Divine Bathing festival of the idols of the deities of the Shree Jagannatha Temple here will begin tomorrow at 3:30 am. As per the information provided by the State government, the divine bathing festival will kick-start with Mangalarpana at 3:30 am followed by pahandi ritual from 4 am to 6 am.

During the pahandi ritual, the idols will be brought out in a grand procession from the Garbhagriha or the temple’s sanctum sanctorum to the Snana Bedi or bathing platform.

At the conclusion of the bathing ritual, Lord Jagannatha and Lord Balabhadra will be dressed up in elephant headgear representing the God Ganesh. This form of the God is called the ‘Gajavesha’ or ‘Hati Besha’. The information mentioned that Hati Besha will be from 12:45 pm to 2:30 pm.

After the Snana Jatra, the deities are believed to fall ill and are kept in a sick room to recuperate in privacy under the Raj Vaidya’s care. This period is known as ‘Anasara’ during which devotees cannot see the Gods. Three patta chitra paintings will be displayed for devotees to view at the Shree Jagannatha temple.

It is stated that with the Ayurvedic medication administered by the Raj Vaidya the deities will recover in a fortnight and the devotees will be able to pay obeisance to them.

During the ‘Anasara’ period devotees will visit the Alarnatha temple in Bramhagiri as it is believed the deities will manifest themselves in the form of Lord Alarnatha.

The Snana Jatra or Deba Snana Purnima is considered as the beginning of the world-famous chariot festival of the deities—Ratha Jatra.

The chariot festival or Shree Gundicha Jatra will be on July 1 this year.

The Hera Panchami ritual will be on June 5 followed by the Ratha Dakshina Moda on July 6 and Sandhya Darshan on July 8.