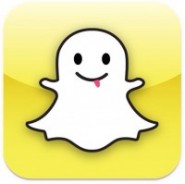 London: Millions of users across the world, especially in Europe and the US were left snapped when the popular photo-sharing app Snapchat crashed globally for several hours.

Snapchat acknowledged the technical glitch on its support page on Twitter early on Tuesday, saying the company is aware of the issue and looking into it.

Some users went to Twitter and shared their frustration.

“I’ve been sending people abuse on snapchat for not replying to me only to discover it’s down. Oops?” one user tweeted.

“Snapchat just went down. I can literally feel the panic of a thousand generations in my bones. #snapchat,” another user posted.