HEALTH & WELLNESSMISCELLANY
Sambad English Bureau Published On : May 3, 2021 at 2:52 PM 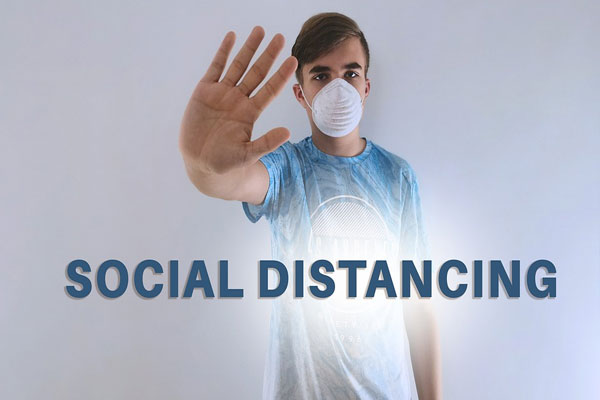 Toronto:  Are you maintaining a distance of two-metres with your colleagues at work, co-passengers in public transport? You may still be at risk of contracting the Covid infection, says a study.

Researchers from the Massachusetts Institute of Technology, in the US, stated that the two-metre rule was originally developed when the prevailing belief was that Covid-19 transmission occurred solely through heavier droplets projected from the mouth and nose during speech, coughing and sneezing, CTVnews.ca reported.

However, scientists have now been increasingly speaking about the role of aerosols, smaller particles that linger in the air longer, in Covid-19 transmission.

“The importance of airborne transmission of Covid-19 is now widely recognized,” researchers, including Martin Z Bazant, from the varsity’s Department of Chemical Engineering, were quoted as saying.

The study, published in the journal PNAS, showed that the amount of time that it is safe to spend in an indoor space depends on a number of factors, such as face-mask usage, the size of the space and the amount of ventilation, the report said.

“To minimize risk of infection, one should avoid spending extended periods in highly populated areas,” the researchers stated.

“One is safer in rooms with large volume and high ventilation rates. One is at greater risk in rooms where people are exerting themselves in such a way as to increase their respiration rate and pathogen output, for example, by exercising, singing, or shouting,” they added.

The team developed a theoretical model based on airborne transmission that offers understanding on how long can an uninfected person be safe in an indoor location with an infected person.

They also looked at how different respiratory activity, such as singing, speaking and breathing, contributed to the overall amount of exhaled particles, and thus the potential amount of pathogens expelled.