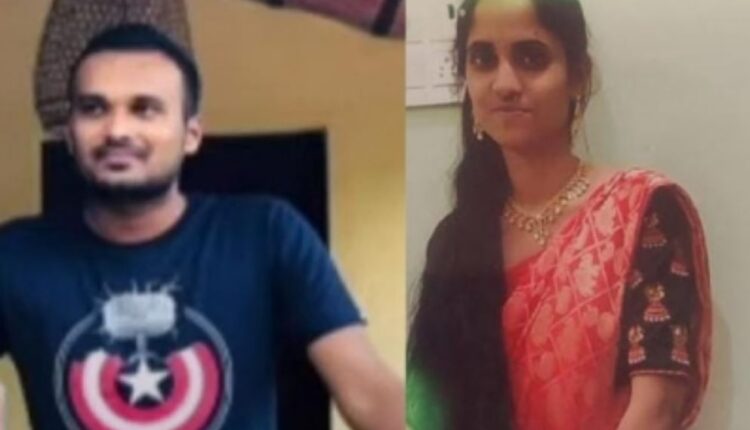 Amaravati: A jilted lover in Andhra Pradesh’s Nellore district on Monday shot dead a girl and later killed himself with the same weapon.

The shocking incident occurred at Tatiparti village in Podalakuru mandal.

M. Suresh Reddy, 30, shot dead Kavya Reddy, 24, and later turned the gun on himself to end his life.

Both were software engineers and had earlier worked together at an IT company in Bangalore.

Suresh Reddy was presently employed with a firm in Bangalore while Kavya was working for a company in Pune. Both were working from home since Covid-19 pandemic broke out.

Police said Suresh Reddy barged into Kavya’s house. When her sister came in the way, he pushed her aside and opened two rounds from his revolver at Kavya. She escaped the first round but the second bullet pierced through her head. Neighbours tried to shift her to a hospital but she succumbed on the way.

After coming out of Kavya’s house, Suresh Reddy shot himself with the same revolver in his head and died on the spot.

Nellore’s Superintendent of Police Vijay Kumar told reporters that it was a one-sided love. Suresh Reddy had been pestering her to reciprocate by making phone calls and sending messages.

Last month, Suresh Reddy had also sent her parents to Kavya’s house with the marriage proposal. However, the girl’s parents rejected the proposal as she did not want to marry him.

Kavya’s relatives said this had angered Suresh Reddy, ultimately leading to her killing and his suicide.

Police seized the weapon and two mobile phones of Suresh Reddy and began investigation. “Made in the USA is inscribed on the gun. We are trying to find out from where he procured the weapon,” the SP said.

Cyclone Asani: Beaches in Ganjam to remain out of bounds for visitors