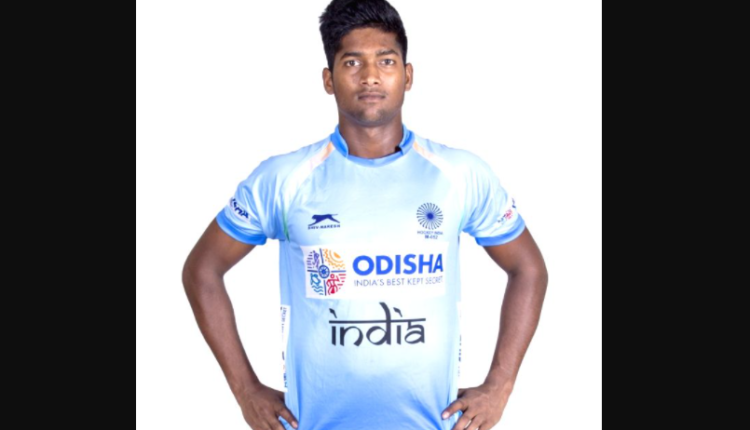 Bhubaneswar: India junior hockey team defender Shardanand Tiwari says that being a part of the probables for the junior World Cup is just the first step in his career and his aim is to make it to the senior team and win medals for the country.

Son of a home guard in Lucknow, Shardanand could get a chance to don the India jersey if selected for the prestigious tournament, which begins in Bhubaneswar on November 24.

“My dream is to play for the senior team at all major tournaments and win medals for the country. But, it’s a step-by-step process, and my first step is to make the final squad for the junior World Cup. (India) being the hosts and the defending champions, it will be a big challenge for us. We all are excited about it and (will) make the most out of every single day spent at the camp,” said Shardanand.

The 17-year-old comes from a humble background and he says that hockey has helped him overcome various challenges in life. He is confident it will also bring financial stability to his family.

“My friends introduced me to hockey, I started playing with them, and I wasn’t really interested in studies, so I picked up sports. I honed my skills at SAI-Academy, Lucknow, and got a chance to play at the Junior National Championship 2019 (A Division), where our team Uttar Pradesh Hockey clinched silver. After that, I got selected for the junior national camp,” said Shardanand.

With father being the sole bread earner, funds for hockey were hard to come by. During the summer breaks in school, he started working at a departmental store in Lucknow so that he could purchase hockey equipment.

“It has been a challenging journey. I didn’t have enough financial support initially as my father was the sole bread earner. He works as a home guard, and I have an elder brother as well, so all the earnings were spent on our studies. In fact, during my school summer breaks, I used to work at a departmental store, where I used to earn around 700 rupees. So, it was tough, I couldn’t even afford to buy hockey sticks. But, ever since I picked up hockey, my life has changed. It is everything for me, it has helped me and my family overcome various challenges, and I believe it will certainly help me bring financial stability for my family,” he added.

In his debut tournament with the junior national side, Shardanand returned home with a silver from the 2019 Sultan of Johar Cup.

“It was my debut tournament with the national team, and the moment I got to know that I’ve made the cut, I called my dad. I told him that I will be playing for India, he got very emotional, and, that moment I realised, my dad is the reason behind it. I see him as my biggest inspiration. He used to stay awake in the night and also used to work in the day only because I and my brother could pursue our dreams.”