Sonakshi Sinha: My biggest critic has to be my mom 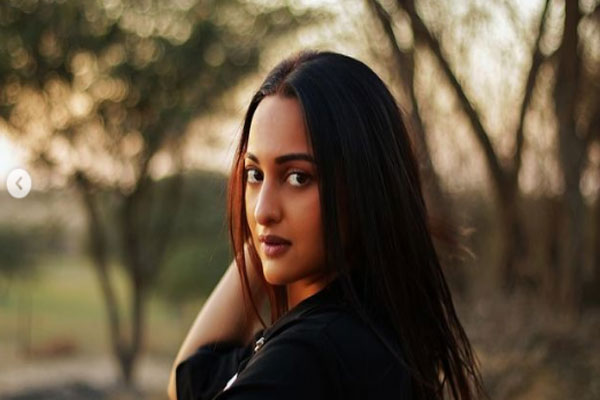 Mumbai:  Actress Sonakshi Sinha says her mother Poonam Sinha is honest with her when it comes to feedback for her films. Sonakshi adds that her mother has always been genuine while discussing her performances.

“My biggest critic has to be my mom and she has always been bang-on. Her inputs always help me get better and they matter a lot to me. She is extremely honest when she praises or criticizes me,” she said.

Sonakshi is mostly happy with her performances.

“Most of the time, I’m happy with my work but sometimes I do feel I could have done something better or differently. But that’s just human, I guess. What’s important is that I always want to do something better than what I did last,” she says.

Sonakshi Sinha to trolls: I will continue to keep it…

Sonakshi says that when she is approached for a film, she just sees if it “clicks” with her.

“I believe in my instincts. There have been times where I have heard a narration or read a script and gotten on board or sometimes it is just the plot or premise. For me, it just needs to click,” she says.

The actress also adds that, for her, box office figures have never mattered.

“Honestly, even when I was a part of the biggest blockbusters they didn’t matter to me. My priority is to enjoy my work, do what I want to do, and just make my family proud. Everything else is secondary,” she says.

The actress will be soon making her digital debut in the mini-series “Fallen”. She is also part of war drama “Bhuj: The Pride Of India” as well as the social drama “Bulbul Tarang”.