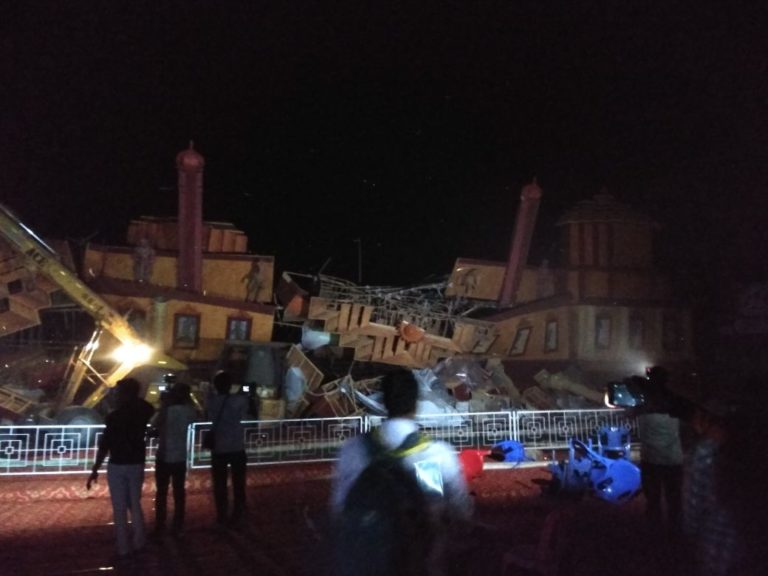 The huge stage which was put up for the Bollywood singing star’s show on the concluding day of the celebrations to mark the completion of 150 years of Jajpur Municipality at a cost of around Rs One crore collapsed under the intense impact of nor’wester.

Around one lakh fans of Sonu Nigam who had gathered here to witness the show had to return home dejected as the organizers cancelled the show.

The organizers however, have not yet clarified whether the show will be held tomorrow.

51 killed in nor’westers since April in Odisha