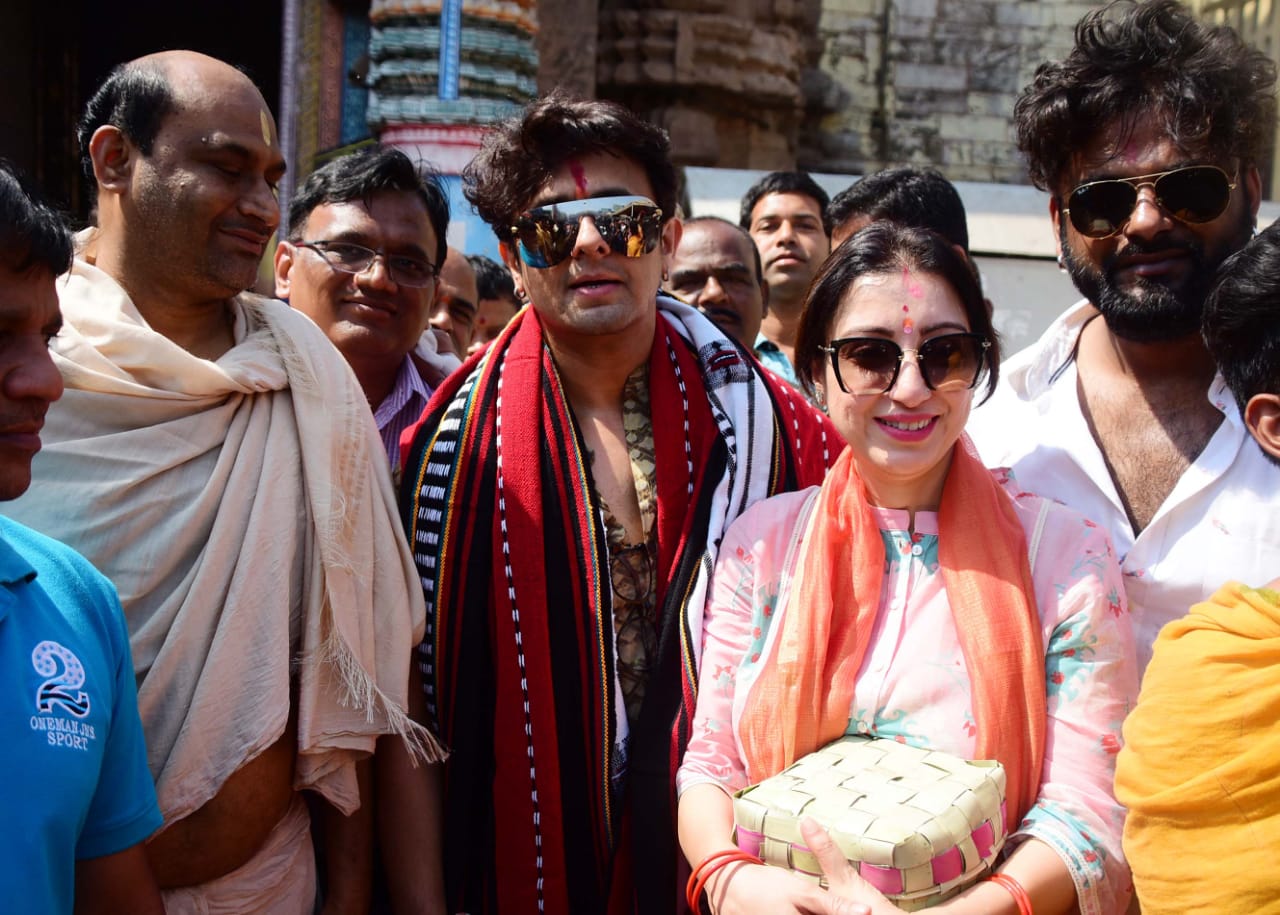 The Kal Ho Na Ho singer shared pictures of his visit on his official instagram handle and dedicated the day spent in Puri to his wife Madhurima.

He arrived at the helipad in Phulbani dressed in a kurta and a traditional shawl scarf with his wife and then proceeded to Puri. Citing his experience in the temple as “overwhelming” he also shared a video of the Grand Road (Bada Danda) and the Singhadwara.

“…The Energies of Billions of Worshippers over the last 10 Centuries, still Shakes one up inside.”, said the caption of his Instagram update. The duo was handed a basket of prasad at the time of their departure from the temple by the pandas flanking them.

This is his second visit to Odisha within a week. Notably, the Bollywood playback singer performed at a live musical concert in Jeypore on Feb 5, despite being hospitalized the day before in Mumbai.