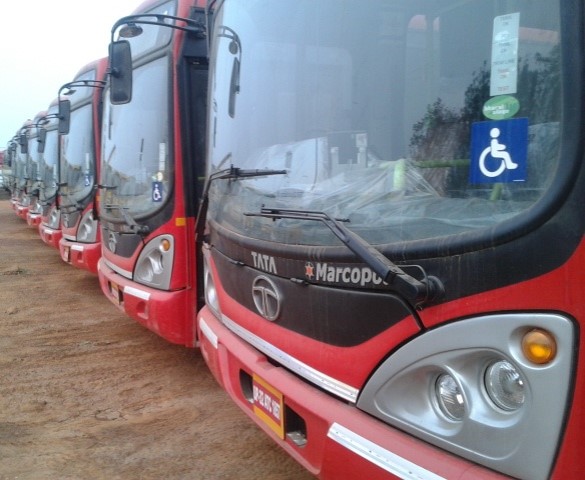 Bhubaneswar: Come November, commuters in Odisha capital will have the privilege of availing city bus service every four minutes.

Confirming the news, Bhubaneswar Municipal Corporation (BMC) Commissioner Krishan Kumar said the commuters will get the city bus service in every four minutes instead of every 15 to 20 minutes at present as the civic body will add 200 new buses by end of October.

With an aim to boost the public transport system in Odisha capital ahead of Men’s Hockey World Cup scheduled to be held during November-December, the State government today decided to add 200 more city buses to the existing fleet.

This was decided in an Empowered Committee Meeting headed by Chief Secretary AP Padhi where the much-awaited City Bus Modernisation Plan got approved.

The plan will be implemented in four phases and in the first phase, 200 new buses (50 standard AC buses, 50 standard Non AC Buses and 100 midi buses) will be added to the existing fleet of 110.

Besides, two new depots along with the existing depot shall be developed under this phase. And, the full-fledged commencement of this phase shall be expected to be achieved by October 2018.

Speaking to reporters about the decision, the BMC Commissioner said: “Presently there are 110 government-run city buses playing on different routes of Bhubaneswar and with the new addition the total number of buses would touch 310.”

Earlier in the week Chief Minister Naveen Patnaik had asked the civic body upgrade the public transport system in order to make it accessible for more people. Currently the public mobility by transport is only 6 per cent, Naveen asked the municipal authorities to enhance it to 16 per cent.

A decision over the launching the ambitious e-mobility (electric-powered transport system) in the smart city was also taken in the meeting.

During the phase which is proposed to be executed in 2018-19, electricity mobility would be

introduced in the city as per the changing world order and affinity towards electricity vehicles which will help in bringing down pollution levels.

Similarly, the State government plans to bring the peripheral cities under the city bus service scheme. During the third phase, peripheral cities and satellite towns around the State Capital would be added under the City Bus Service by adding 300 new buses and phasing out of the 110 buses of the old fleet.

The third phase is proposed to be executed during 2019-20.

The fourth or last phase of the city modernisation plan will see 400 new buses keeping the population growth in mind.

During the last phase, additional 400 buses would be added to the City Bus Service to cater to another 2 to 2.5 million population of that time in the growing city and replacement of the 200 buses, those, which were added during the Phase 1.

The Bhubaneswar City Bus Modernisation Plan will be integrated with the futuristic vehicle tracking system, passenger information system, route planner, operation scheduling, crew scheduling and these ITS back bone shall be developed through Smart ITS project funded through Smart City. It can be noted here that the Master System Integrator is already on broad to start the implementation work of the ITS through the Intelligent City Operations and Management Centre (ICOMC).

Worth mentioning, it is expected that over one lakh tourists including 20,000 foreigners are likely to visit the city during the mega hockey event scheduled November 28 to December 16 at Kalinga Stadium here.