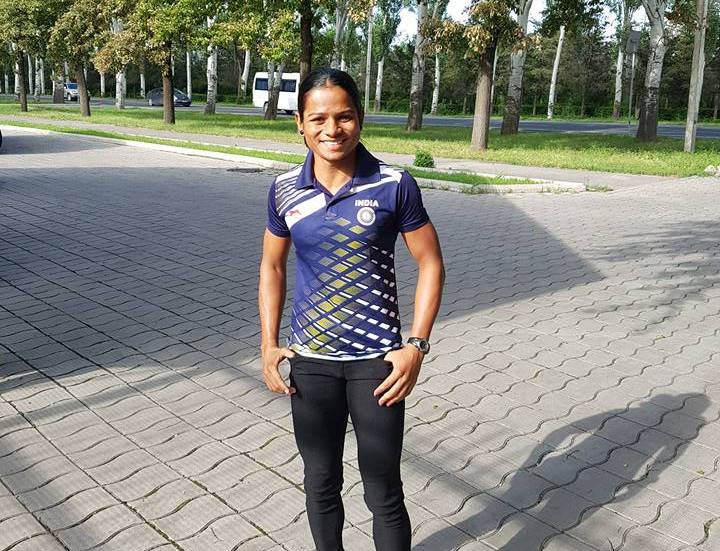 Bhubaneswar: If things will go as per the plan then Odisha’s sprint queen Dutee Chand will be seen on your TV screen endorsing brands like cricket sensations Virat Kohli and MS Dhoni among others have been doing for years.

Dutee, who had won two bronze medals in the just concluded 22nd Asian Athletics Championships here, signed a contract with a Mumbai-based sports management agency to look after her endorsement deals.

“On the advice of Gopi bhai (badminton coach P Gopichand) and some other well-wishers, I have signed the contract, which according to them, will help me in taking good decision on endorsement deals, if offered,” said one of the fastest women in the country.

She also said Bollywood filmmaker Rakeysh Omprakash Mehra had offered her Rs 5 lakh to give the right to him to make a film on her. “Rakeysh Omprakash Mehra had offered me Rs 5 lakh to make a film on me and I shared the news with my coach and Gopi bhai as I didn’t want to involve in such things due to lack of time. Following this, they decided to seek the help of professionals to make things easy and profitable for me.

“We are delighted to add Dutee to our family. Dutee’s story is an incredible one and we hope that her accomplishments will inspire millions of Indians across the country. Our main endeavor is to build ‘Brand Dutee’ and given the current trend of brands employing storytelling as a major facet of their content marketing strategy, we believe that Dutee’s story is relevant to both global and local brands. We are currently in discussion with major production houses who wish to make a feature film on her story whilst also are reaching out to relevant brands who have a value fit with ‘Brand Dutee’,” said Namrata Parekh, director and co–founder of Meraki Sport and Entertainment Pvt Ltd, which signed Dutee.

The star sprinter, who was born to a weaver family in Jajpur district, recently received the Biju Patnaik sports award-2016 from Odisha government, for outstanding performance in sports and games.