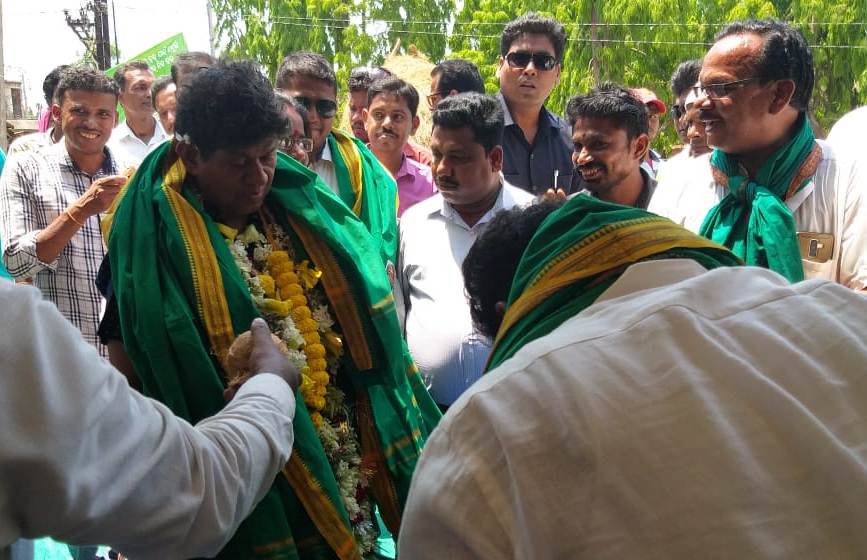 Nayagarh: While the first phase polling ended just two days ago, campaigning for the second and third phase elections has gained steam.

Contestants of all the political parties are leaving no stone unturned to woo voters.

Patnaik while addressing people said: “I am not contesting against any party. I am fighting elections for the welfare and development of Khandapada people.”

The BJD nominee campaigned in ward number 19 and 20 under Bhapur block today. After seeking blessing from deities, Patnaik went on a door to door campaign before embarking on a huge roadshow.

Worth mentioning, the first phase polls ended on April 11 and the second phase will be held on April 18. During the second phase, voters will decide the fate of contestants from Aska, Bargarh, Bolangir, Kandhamal and Sundargarh Lok Sabha seats and 35 Assembly seats in these segments.