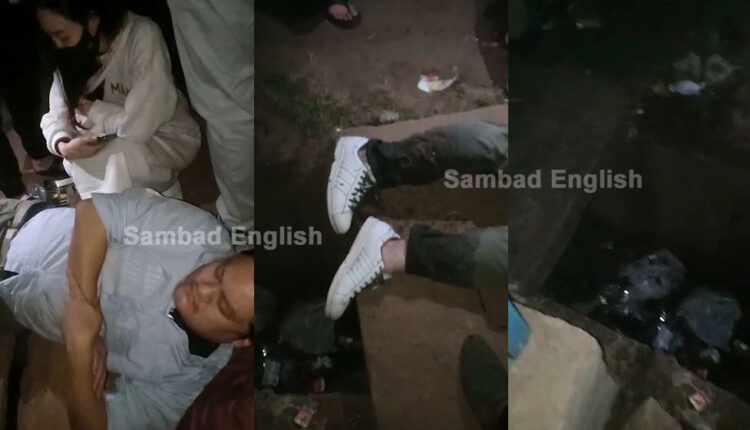 Bhubaneswar: A day ahead of the FIH Odisha Men’s Hockey World Cup 2023 Rourkela-Bhubaneswar, a photo journalist, who has come from South Korea to cover the event, fell into an open drain on Wednesday night at around 8 pm while having a cup of tea at a roadside stall in Dumduma locality of the State Capital.

An eyewitness claimed that the journo has sustained grievous injuries including a fracture in his right leg in the incident. The injured tourist was rescued by some local residents and auto rickshaw drivers and rushed to a nearby health facility for treatment. His health condition is stated to be stable now.

Despite making repeated calls to 102 ambulance service, the vehicle reportedly did not reach the accident site.

“Huge funds are being spent these days on the beautification of the Capital City for the mega international sports event. However, the absence of basic civic amenities came to the fore as a journalist from foreign country got injured after falling into the open drain here,” residents from Dumduma alleged.

People falling into open drains and losing their lives are not new in Bhubaneswar, the residents added.

This untoward incident took place at a time when the State government has been spending crores of rupees for the makeover of the host city ahead of the Men’s Hockey World Cup, they expressed.