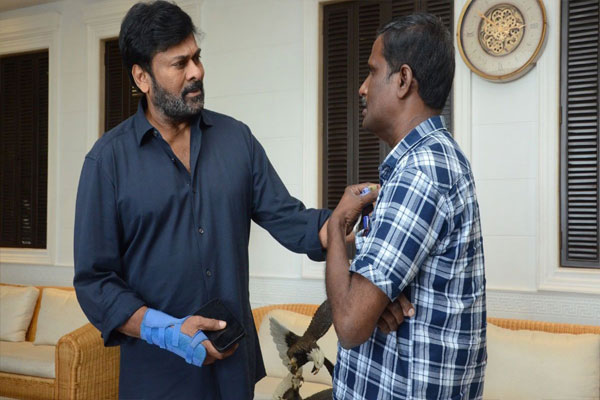 Hyderabad: In a compassionate gesture, Tollywood megastar Chiranjeevi has promised to fund the cancer treatment of a fan of his named Venkat.

Venkat, who met Chiranjeevi at his office on Tuesday, explained his health condition to the megastar.

Despite his busy schedule, Chiranjeevi met his fan personally, after which he came to know about Venkat’s health condition. Venkat, who is financially backward, has cancer and is unable to bear his medical expenses.

Touched by his story, Chiranjeevi promised that he would finance Venkat’s medical treatment. Chiranjeevi also saw the medical reports of Venkat and advised him to seek a second opinion from a private hospital in Hyderabad.

Chiranjeevi had referred Venkat to the hospital personally, after which he even asked his team to update him on the case. Chiranjeevi also helped Venkat by giving him Rs 2 lakh for his immediate expenses.

“I am blessed to be called his fan. I cannot thank Chiranjeevi sir enough in this lifetime,” Venkat said.

Chiranjeevi fans online are happy with their star being so compassionate, as they thank him for all the support. The ‘Bholaa Shankar’ actor on the other hand is taking a rest after recent minor surgery.