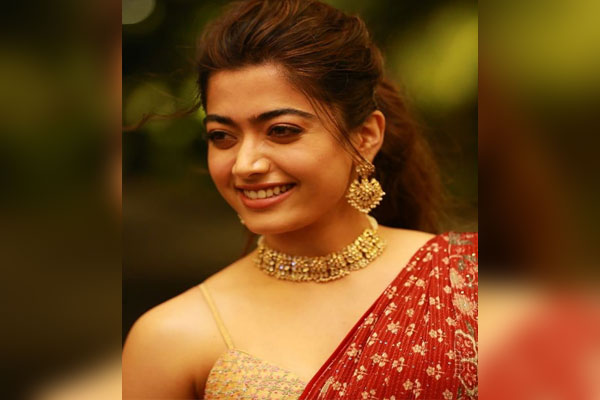 New Delhi: Telugu star Rashmika Mandana will make her Hindi debut with “Mission Majnu”, but before that she surprised fans when she entered the Hindi showbiz scene with an appearance in the music video of Badshah and Yuvan Shankar Raja’s latest hit, “Top Tucker”.

“Times are changing. With the success of ‘Baahubali’, ‘KGF’ and dubbed films, the dynamics of the market has changed. Now, actors like Prabhas and Vijay Deverakonda are promoted as pan-India stars. Everyone wants to go pan-India, to increase popularity. Music video seems to be the new favourite. It is one of the steps to achieving the pan-India goal and increase the face value,” he tells IANS.

Telugu actor Allu Sirish insists “Vilayati sharaab” was not a planned step. “I don’t know how did this land in my lap. This is a stroke of luck or something. Even while doing the video I didnt think how many views I would get. I just enjoyed it so much. I wish I could just again shoot the video because it was so much fun,” he says.

Singer and music composer Nakul Abhyankar, has composed music for Tamil, Telugu and Kannada films and is known for his track “Thumbi Thullal” (Cobra), “Azhage” (Tamil film ‘Action’) among others. In his opinion, the collaborative effort of bringing artistes of the North and the South always reaps good results.

“Movie releases have reduced because of Covid and hard truth of any film industry is that if you are out of sight, you are out of mind. What Badshah did with Top Tucker was great. It was good to see the North and the South come together with Badshah on one side and Yuvan (Shankar Raja) and Rashmika on other side,” he says.

He adds: “It’s a good thing to see big names being involved in independent music scene. It’s a good thing but I would also love to see musicians come up along with actors and make a bigger impact.”

Odia song ‘Sindura Matha Re Tora’ gets a…

Young singers come up with new version of Odia classic…