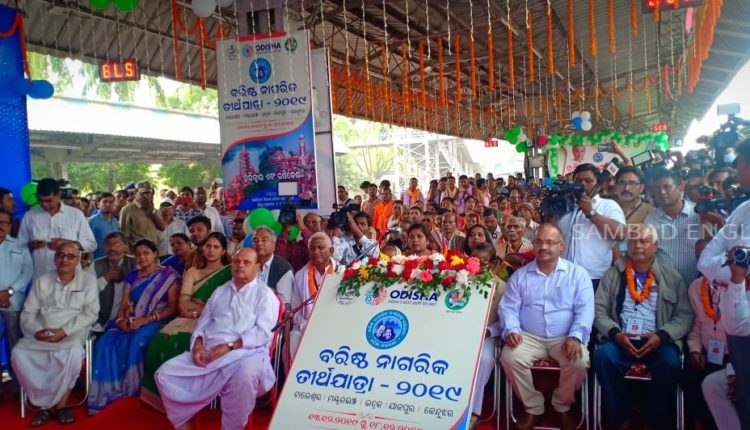 Bhubaneswar: A special train will run between Balasore in Odisha and Haridwar in Uttarakhand to facilitate pilgrimage of elderly persons, the East Coast Railway (ECoR) said on Thursday.

The Baristha Nagarika Tirtha Yatra special train will commence its journey from Balasore on Friday for taking elderly from northern parts of Odisha on a state government-sponsored pilgrimage to Haridwar, Mansa Devi Temple, Har Ki Pauri and Rishikesh, an ECoR statement said.

Train number 08415/08416 Bhubaneswar-Haridwar-Bhubaneswar Baristha Nagarika Tirtha Yatra special train will leave Balasore at 11.45 am on Friday and reach Haridwar at 10.15 pm on December 14, it said.

In the return direction, the train will leave Haridwar at 10 pm on December 16 and arrive at Balasore at 10.15 am on December 18, the statement said.