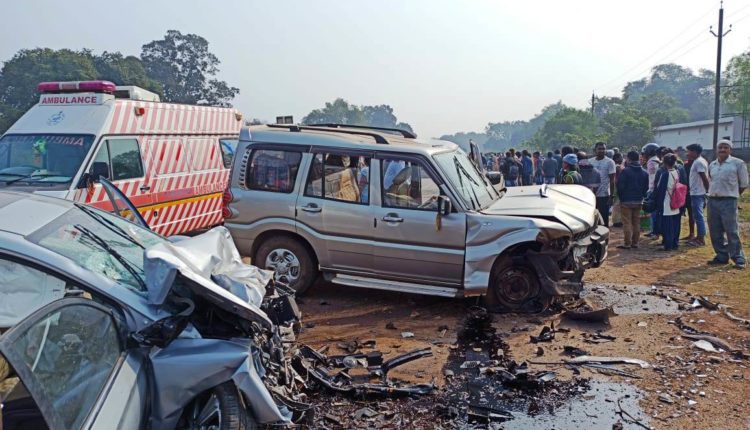 Rourkela:  Overspeeding claimed lives of  as many as four women workers in Odisha’s Sundergarh district after a car ran over them and later hit a SUV this morning. The road mishap also left three others severely injured.

The incident took place at around  10 am, when the car carrying three persons was en-route to Berhampur.  Midway,  the car  lost control and ran over the women workers at at Ramabahal Chhak on Biju Expressway in Rajgangpur of Sundergarh district. After hitting the women, the car crashed into a road divider and again collided with an SUV coming from the opposite direction.

Meanwhile, police reached the spot and began an inquiry into the incident.