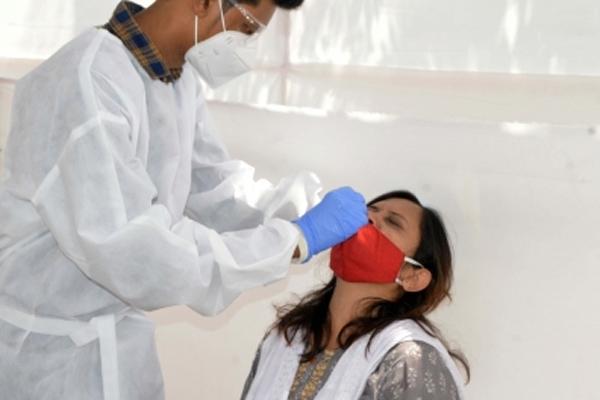 The healthcare company launched by the promoters of SpiceJet has emerged as the fastest-growing diagnostic lab in the country has conducted more than 2.5 million RT-PCR tests since its launch in November 2020.

“Aurangabad is the third city in Maharashtra after Mumbai and Nagpur where SpiceHealth has set up its RT-PCR mobile testing laboratory. We will soon have one in Nashik too,” said Avani Singh, CEO, SpiceHealth.

“In addition to the quick deployment of vaccines, it remains equally imperative that we continue large-scale testing to quickly identify, isolate and treat those infected and beat the second wave of the pandemic.”

Besides, the company is supplying oxygen concentrators to the Maharashtra government and has supplied its SpiceOxy ventilators to cities like Nagpur.

“SpiceHealth has been actively involved in the country’s fight against Covid-19 and has been working closely with multiple state governments and hospitals to beef up the supply of oxygen concentrators, ventilators, pulse oximeters, BiPAPs, and other medical devices,” the statement said.

“It has imported more than 2000 oxygen concentrators for emergency use and distribution across India.”

In November 2020, SpiceHealth disrupted the RT-PCR testing space by offering tests at Rs 499 only as opposed to the then-existing rate of Rs 2,400 in Delhi.

In another initiative, test results were made available within six hours as compared to the existing 24-48 hour time frame.

The company was the first to introduce the innovative concept of mobile testing laboratories that could be placed in remote areas, in containment zones, in villages where access to hospitals and medical facilities was and remains a challenge.