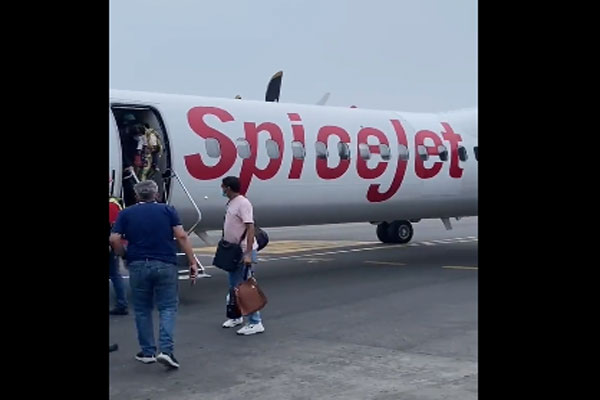 New Delhi: A Jabalpur-bound SpiceJet aircraft was forced to make an emergency landing at the Indira Gandhi International Airport here on Saturday after its crew noticed smoke in the cabin.

A senior SpiceJet official said that the said Q400 aircraft SG-2962 was operating between Delhi and Jabalpur.

“While passing 5000ft, the crew noticed smoke in the cabin after which the pilots decided to return to Delhi,” the official said.

He further said that the aircraft landed safely in Delhi, following which passengers disembarked.

Meanwhile, the Delhi Fire Service was also alerted before the aircraft made the emergency landing.

“We received a call about emergency landing at 7.00 a.m. after which five fire tenders were immediately pressed into service as a precautionary measure,” a fire department official said.

The official confirmed that the aircraft landed safely and the engines returned by 7.25 a.m.