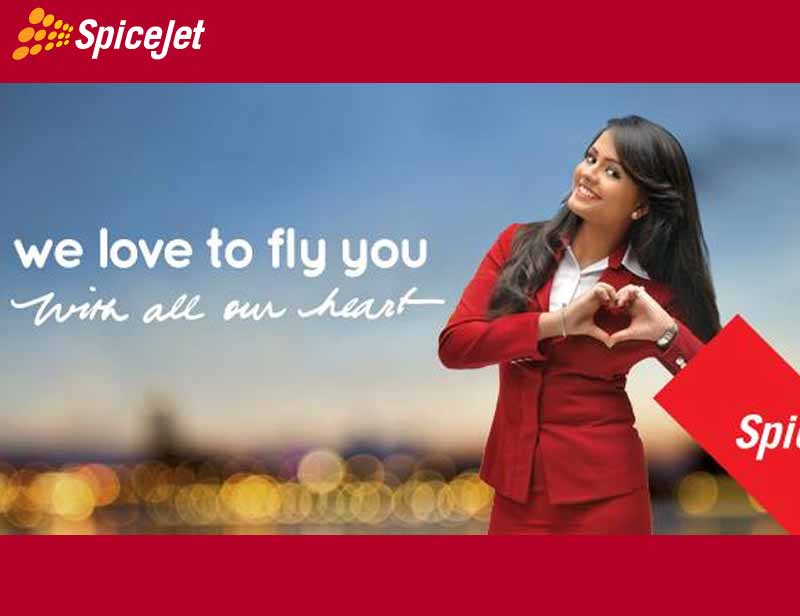 Budget passenger carrier SpiceJet today announced here that it has plans to operate flights from Bhubaneswar to Patna.

The airline’s Chairman and Managing Director Ajay Singh told at a press conference that it is in talks with the state government in this regard.

“Bhubaneswar and Patna has been a longstanding demand. We will try to the best of our efforts to very soon connect Bhubaneswar with Patna. We are in talks with the Odisha government in this regard. Several of the ministers in the Union government have asked for connecting these two places. We are studying that. We will try to the best,” informed Singh.

“We are now in a very good position to expand our network and operations, which include both domestic and international routes and destinations,” Singh added.

SpiceJet said it will purchase up to 205 aircraft from Boeing, the global commercial jetliners’ manufacturer.

The airline said the order is worth $22 billion or Rs 150,000 crore at list prices. It was not disclosed whether the budget passenger carrier received any discounts which manufacturers generally dole out on such large orders.

The company said that it is looking at various mechanisms to fund the purchase deal, including the sale and lease back option.

The mega purchase order comes at a time when the country’s civil aviation sector is witnessing a healthy growth rate due to a rise in domestic disposable income, lower jet fuel prices and enhanced services to the non-metro cities.

According to the latest data from the Directorate General of Civil Aviation (DGCA), passenger traffic during January-November 2016 zoomed by 23.10 per cent to 90.36 million.

The agreement enhances the company’s earlier commitment to buy 55 aircraft with an additional order for 100 B737-8 MAX. The deal also includes purchase rights to buy 50 more B737-8 MAX and wide-body aircraft in the future.

SpiceJet had placed its first order with Boeing in 2005 for Next-Generation B737s.

“The Boeing 737 class of aircraft has been the backbone of our fleet since SpiceJet began, with its high reliability, low operation economies and comfort. With the next generation of B737 and the B737 MAX, we are sure that we can be competitive and grow profitably,” Singh elaborated.

The order was in the pipeline as Singh in an earlier interaction with IANS had made it clear that the decision will not be taken in haste.

The deal has ended months of speculation on whether SpiceJet will place an order with Boeing or Airbus.

Besides, the order comes more than two years after a financial crisis had led the airline to the brink of closure and subsequent change in management and a dramatic turnaround.

The airline’s fleet size during late 2014 stood at 55 before a financial crisis forced it to truncate it to 43 now. This includes smaller aircraft, as the carrier also sees growth in the regional segment.

“Our turnaround story has been one which has very few parallels in the world today and we are proud of it,” Singh maintained.

“SpiceJet has achieved seven consecutive quarters of profit, highest on-time performance and lowest cancellation rates; a record load factor of over 90 per cent every month for 20 months in a row – a feat that has no parallel in aviation history.”

The B737 MAX incorporates the latest technology ‘CFM International LEAP-1B engines’, advanced technology winglets and other improvements to deliver the highest efficiency, reliability and passenger comfort in the single-aisle market.

The new airplane type consumes 20 per cent less fuel than the first Next-Generation B737s and the lowest operating costs in its class — eight per cent per seat less than its nearest competitor.

The company is expected to receive the first aircraft under the purchase agreement by the third quarter of 2018.

In November the airline had the fourth largest domestic market share at 12.8 per cent. At present, SpiceJet operates 336 average daily flights to 45 destinations, including 39 domestic and six international.(With IANS inputs)