Spirulina chikki, ragi laddu to be distributed among anganwadi kids in Odisha’s Sundargarh 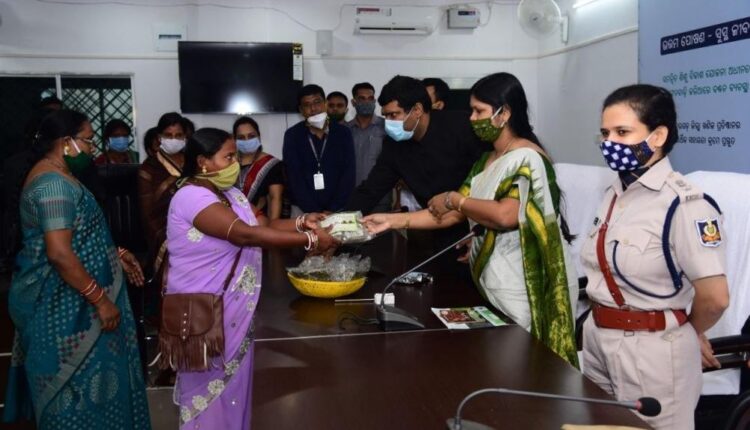 Sundargarh: On the occasion of Independence Day, the district administration introduced two new programmes through ICDS to help enhance the nutrition of children in the tribal dominated Sundargarh district. Minister for Women & Child Development and Mission Shakti, Govt. of Odisha, Tukuni Sahu launched the programmes at a special function held here at the Sadbhavna Bhavan in Collectorate, Sundargarh.

“In the district, Spirulina Chikki and Ragi Laddu will be distributed through the Anganwadi Centers which will help in development of children’s nutrition,” said WCD & MS Minister Tukuni Sahu. “The pilot programme, financially supported by District Mineral Foundation (DMF), Sundargarh, will definitely help to ensure the nutritional demand of children in the area,” she added.

“Spirulina and ragi are rich in nutrients. So, under this pilot programme, Ragi Laddu has been introduced in Hemgiri and Spirulina Chikki in Lephripada block. It will be provided to the children through Anganwadi Centers. Thus, issues such as malnutrition, weight loss, and lack of growth in children will be addressed through proper nutrition. The programme will be extended to other blocks after receiving feedback from children and their parents,” said Collector & DM Nikhil Pavan Kalyan.

The Collector further said that, “The Odisha Government has signed an MoU with the Center for Nutrition in Mysore for technical support on spirulina. After long research, spirulina has been added as a supplement to food. The target is also to cultivate spirulina in Sundargarh in the coming days.

Similarly, under Odisha Millets Mission, we are getting as much Millets (Ragi) harvest as possible in the district through TDDCOL. Women Self Help Groups are being provided millets to make ragi laddus.”

Few mothers from Hemgiri and Lephripara blocks, who attended the programme, were given Ragi Laddu and Spirulina Chikki. The women’s SHGs in the blocks have been given the task of preparing the chikkis.

Former cricketer and UP Minister Chetan Chauhan succumbs to COVID-19

Ragi laddu introduced for pre-school children under ICDS in…