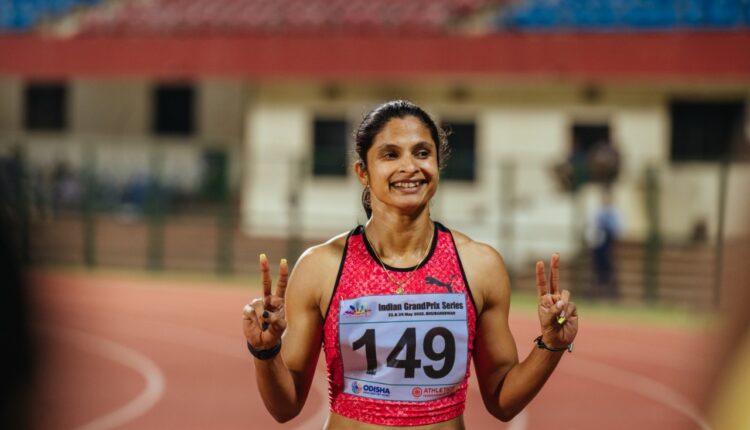 Srabani Nanda, running her first National-level race on home soil since June 2018, brooked no challenge, though Rajashree Prasad (West Bengal) looked like she would keep pace. However, the sprinter from Bengal slowed down and finished third behind Sonia (Haryana). Though Srabani Nanda has run faster this year, she finished in a good time of 24.04 seconds.

Sarita Romit Singh showed consistency, winning her third event this year with a best throw over 61.41m. Though she was short of her best throw of the season – 64.16m in the Federation Cup in Kozhikode last month – she had reason to be happy that each of her four legal efforts on Saturday went past the 60m mark.

Akshay Annappa Shetty (Maharashtra) claimed his first major national-level title when he won the men’s 200m in 21.86 seconds. Having eased past home favorite Amiya Mallick in Race A, he had to wait to confirm his victory. Aryan Ekka, an Odisha teenager, dipped under 22 seconds for the first time in winning Race B but was one-hundredth of a second behind Akshay Shetty.

In the other men’s event which concluded around the time the floodlights came on, Tamil Nadu’s G Deenadayalan took the men’s Pole Vault title by clearing 4.60m, leaving Bineesh Jacob (Kerala) and Manish Singh (Haryana) to take two silver medals with best efforts of 4.40m.