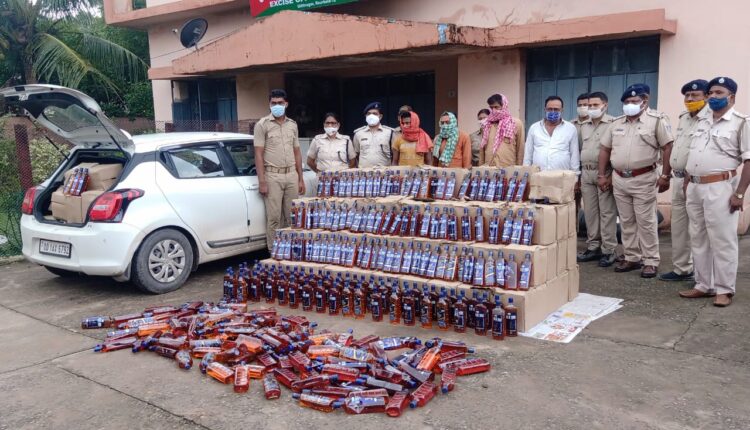 Four persons were arrested for their involvement in illegal act and one car loaded with a consignment of spurious liquor was seized from their possession during a raid at the village.

The accused persons were identified as Anil Sahu (55) of Jalda area under Raghunathpali police limits, Binod Kumar Patra (28), Birendra Kumar Sahu (55) and Manoj Singh (40) — all three are from Tamada village.

They were allegedly supplying the spurious foreign liquor of different brands from Tamada village to other locations for sale.

Acting on a tip-off, a team of Excise officials, Rourkela, raided the place and caught the accused persons.

All the four accused persons have been booked under sections 52(a), 55 and 110 of CrPC.

30 to 40 countries unable to provide 2nd dose of Covid-19 vaccine: WHO