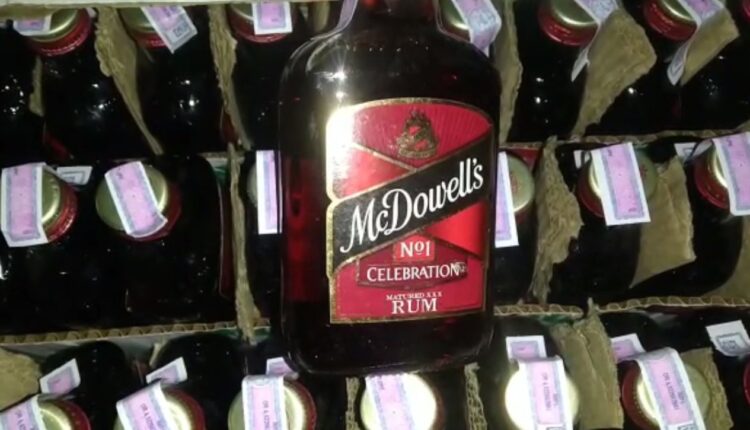 Berhampur: Intensifying its drive against fake product manufacturing units, the Excise Department today raided a house in Berhampur where an adulterated liquor manufacturing unit was running. As many as five persons were held in connection with this.

Acting on a tip-off, a team of State Excise Intelligence Department conducted a raid on a house in Truptinagar in Berhampur. Huge quantity of liquor of reputed foreign brands, spirit, machineries used for bottling, labels of liquor brands such as Royal Stag and McDowell’s No1, caps and other incriminating items were seized from the house.

Biswajit Das, Excise Sub Inspector, Berhampur informed around 20 packets of spurious foreign liquor have been seized from the bottling unit operating from the house. Five people have been arrested from the house. Investigation is on to elicit details about the main culprit.

“The accused used to procure bottles and labels of foreign brands from Kolkata and run the bottling unit here. The spurious liquor were being supplied to shops in the district especially rural areas,” said Das.