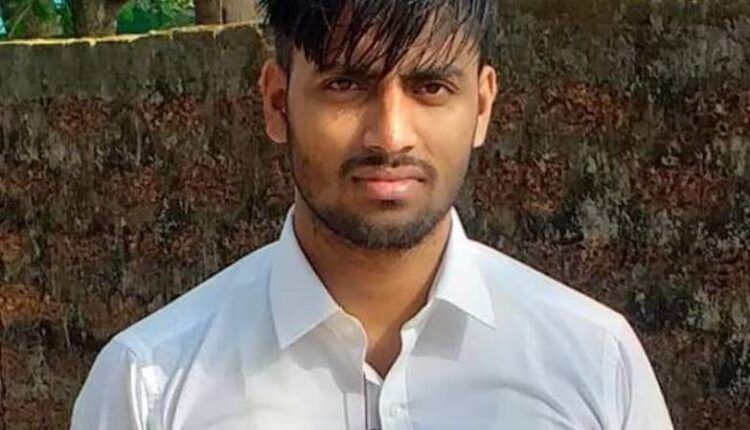 Jajpur:  One-sided love led to a tragic end after a youth allegedly killed the mother of a girl he was in love with in Saranga Tirana village under Dharmasala police limits of Jajpur district recently. The spurned lover also attacked the girl and her father leaving them critically injured.

However, Dharmasala  police yesterday arrested the accused identified as Sunil Kumar Jena of Salepur in Mirzapur of the district.

According to reports, deceased Tarulata  Biswal, who worked as a teacher at Ananta Kumari Girls’ High School at Mirzapur, was staying at a rented house in Saranga Tirana village along with her husband Nityananda Mallick and daughter Jayashree Mallick.

Sunil was in one-sided love affair with Jayashree. After his failure in love, Sunil with the help of his associates broke into the house of Tarulata on July 5 and tried to abduct JayashreeJayashree. When Tarulata and her husband came to the rescue of their daughter, the miscreants attacked them  with sharp objects. While Tarulata succumbed to injuries on spot, the father-daughter duo suffered critical injuries and was rushed to Dharmasala Community Healthcare Centre (CHC). The two were later shifted to SCB Medical College and Hospital in Cuttack after their condition deteriorated.

“During the course of investigation, evidences were established against the accused person. He was arrested and produced before court. Further investigation is underway,” informed Dharmasala police.

Webinar on career opportunities in IT/ ITeS to be held tomorrow