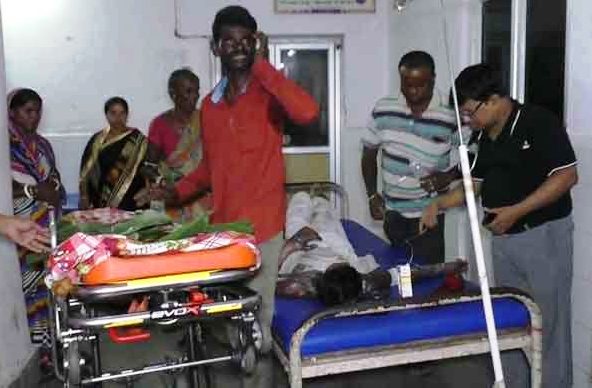 Bhadrak: One-sided love affair led to an ugly consequence after a spurned lover set a young woman on fire at Basudevpur in Bhadrak district.

The woman is now battling with life at the district headquarters hospital (DHH) here.

As per reports, one Siddharth Mallick was in love with a young woman of a neighbouring house.  However, she had been repeatedly refusing his love proposal. Yesterday, when the woman was going to a farmland taking food for her family members, the youth came and approached her to marry him. However, she again turned down his proposal.

Irked over the rejection, the youth set her on fire after pouring kerosene on her. She was first rushed to a nearby hospital and later shifted to the DHH after primary treatment.

Meanwhile, police have detained the accused, recorded his statement and are further investigating the case, sources said.