Sri Lanka Cricket made huge sums of money from India series; here’s how much they earned 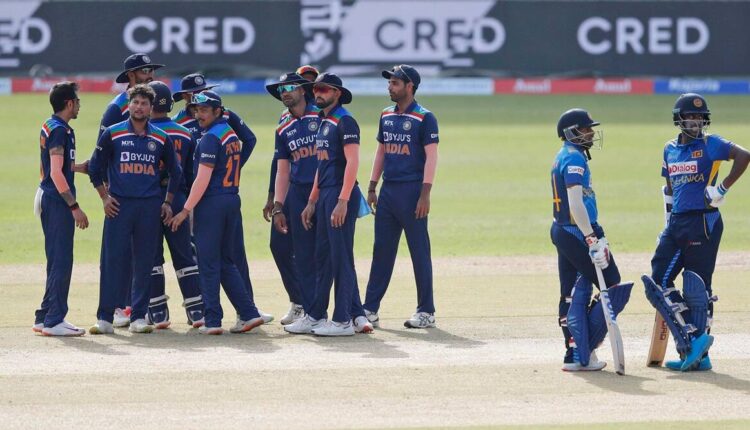 Colombo: The recent white-ball series between India and Sri Lanka has resulted in big money for the Sri Lanka Cricket (SLC). Even after the Indian camp got hit by Covid-19 after Krunal Pandya tested positive, the tour was completed with the two T20Is played on consecutive days.

India won the ODI series 2-1 while Sri Lanka bagged the T20I series with the same margin. Playing three ODIs and as many T20Is has led to SLC earning a revenue of USD 14.5 million (INR 107 crore), said its secretary Mohan de Silva.

“According to the FTP (Future Tours Program) the tour was only for three ODIs, but our President Shammi Silva managed to persuade the BCCI (Board of Control for Cricket in India) to give us an additional three T20Is which resulted in the enhancement of the commercial value. It was made possible because of the relationship we have cultivated with the Indian Cricket Board. We got $ 14.5 million from broadcasting and other rights like ground, etc.,” de Silva was quoted as saying by the Daily FT.

He added, “The fact that the BCCI and the Indian Government gave the blessings for their team to come to Sri Lanka during the pandemic times and meet their commitments was also due to the cordial relationships we have with the BCCI. Without their encouragement we would not have been able to go ahead with this tour which resulted in a lucrative commercial value and revenue coming into Sri Lanka.”

De Silva also thanked the BCCI and Indian team for completing the tour despite a positive Covid-19 case and close contacts kept in isolation. “Even the Indian High Commissioner was concerned and the BCCI. In this context, I would like to extend my heartfelt gratitude on behalf of SLC to the management of the Indian team, Rahul Dravid and the others, and the BCCI who monitored the situation. They wanted certain guidance given by us and the assurances, which we did by moving the patient to another hotel and so on, and we continued with the tour.”

Malkangiri to get airstrip soon