Sri Mandir reforms in Odisha: Rate charts of Mahaprasad to be displayed on temple premises 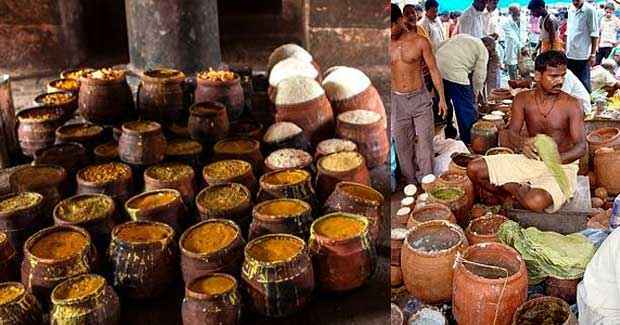 Puri: Good news for the devotees visiting Sri Mandir in Puri for having Mahaprasad, as the Jagannath temple administration decided to display rate charts of Mahaprasad items available at Ananda Bazaar on premises of the shrine.

As part of Sri Mandir reforms suggested by the Supreme Court of India, the temple authorities have inched closer to protect the sanctity and ethos of the centuries old temple and to provide hassle-free service to the devotees.

The move came at a meeting chaired by Shree Jagannath Temple Administration (SJTA) Chief Administrator PK Mohapatra with several nijogs of the temple on Saturday.

The SJTA also decided to lease out the hearths of Jagannath temple kitchen to Suar Mahasuar nijog for the period of one year.

There are over 200 hearths in the Jagannath temple kitchen and more than 600 cooks engaged in preparing different items served to Lords as Mahaprasad and consumed by thousands of devotees every day.

Source said that the meeting was held aiming to make the servitors aware of interim judgment of the Supreme Court and its implementation to bring reforms in the temple affairs.

The discussion was held on 12 directions of the apex court in the meeting. The efforts will be made to ensure hassle-free darshan of the lords for the devotees. It may take one year to implement some of the directions at the temple, Mohapatra said after meeting.

Source said that the some of the nijogs and servitors are likely to be seriously affected by the directions of the Supreme Court’s interim judgment.

Presently, the temple administration has restricted the servitors from asking devotees for dakshina inside Sri Mandir.

Besides, the CCTVs have been installed everywhere on the temple premises to monitor the activities of servitors.

The Supreme Court had earlier directed the temple administration to refrain the servitors from collecting dakshina and suggested to provide remuneration to the servitors as per rules.

One more from Odisha dies in Andhra quarry blast, toll rises to 3