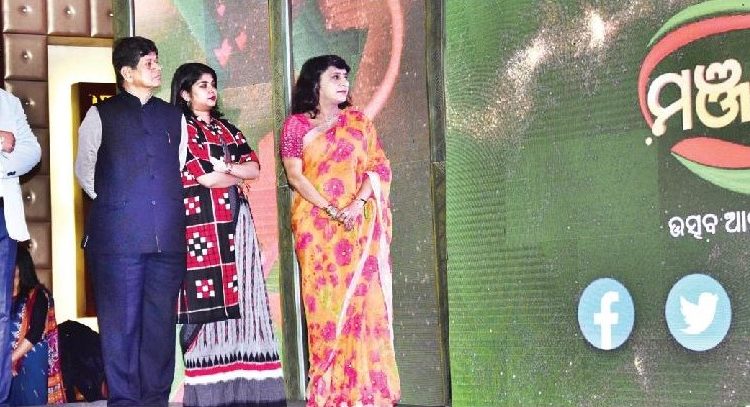 Bhubaneswar: Offering something new to people of Odisha in the beginning of New Year 2020, Sambad Group has launched digital platforms of its upcoming entertainment channel ‘Manjari TV’ here on Saturday evening.

Manjari TV with the tagline ‘Utsav Ama Samparkara’ (celebrating our relationship) is Odisha’s first free-to-air entertainment channel that will be launched soon.

Speaking on the occasion, Sambad Group Chairman Soumya Patnaik said, “Sambad has always been doing something new in media. As we achieved huge success on social media platforms, Manjari TV has been added to its trend. There has been a change in newspaper, radio and entertainment fields significantly. The new generation has been fulfilling its appetite for entertainment and news on social media. During such period, we must grow and celebrate relationship if we get everyone’s good wishes and cooperation.”

“Be it Kanak News, Radio Choklate or Sambad web portal, we have always secured the top place on social media. The Manjari TV is committed to provide its viewers full dose of entertainment focusing on the new ideas, dominating scripts and happenings,” said Tanaya Patnaik.

Besides, music CDs of two Odia movies ‘Adrushyam’ and ‘Tike Love Tike Twist’ were also released during the event.

Several cine and television personalities including Siddhanta Mahapatra, Akash Dasnayak, Babusan Mohanty, Shivani Sangita, all actors and unit members of these above upcoming Odia films were present during the programme.

Who said what about digital launch of Manjari TV

As there is Kanak, Manjari needs to have come. May be late, but it finally came because both Kanak and Manjari cannot survive without each other. And it is very good to see that Manjari stepped through social media before its official launch. I am damn sure that Manjari will excel on its way – Siddhanta Mahapatra, Actor

Entry of Manjari TV on social media to compete with others is definitely a good sign. This is good for the artistes and viewers as well. I wish all the best for the Manjari TV to reach a new height – Babusan Mohanty, Actor.

The future of Manjari TV looks bright as it entered through social media platforms. As several talented personalities are behind Manjari TV, I am confident that the channel, will climb the ladder of success one day – Human Sagar, Singer.

I have become a member of Manjari family. I am delighted to have taken part in the theme song as an actor. The way social media is playing a dominant role, it is the best initiative to make presence of the channel on social media – Elina, Actor.

The way Manjari TV entered into digital platform with celebrating the relationship, it will help to establish a good relationship with its viewers. The channel will exist in hearts of people if it adopts latest trends – Prem Anand, Music Director.

The relationship between artistes and audience is always strengthened through media. Now, the relationship will be more stronger as Manjari is entering through social media, which is the most powerful medium of this era. As long as these three (artistes, audience and media) are stronger, no challenges will come up in celebrating the relationship for millenniums – Harihar, Actor.