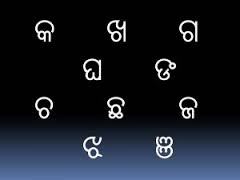 This was informed by state chief secretary Aditya Prasad Padhi to reporters yesterday.

The Ordinance empowers the state to make rules, review and monitor whether the direction contained in the sub-section 2 of Section 2 of the 1954 Act has been implemented.

The Ordinance makes mandatory use of Odia in all official communication.

“The earlier Act did not have powers to frame rules. With this Ordinance, we have now powers to frame rules. The state government is taking all steps for full implementation of the Odisha Official Language Act. The state government is fully committed to its implementation. The Ordinance has already come into effect. It was done on the basis of recommendations of the Ministerial Committee,” stated Arun Sahu, Minister Law briefing reporters.

Notably, Chief Minister Naveen Patnaik while addressing his Council of Ministers on May 21 had announced that the government will implement Odia in official communications from August 15.

Expecting that the Cabinet will approve the proposal in this connection, on the very same day Patnaik had sent it to the Governor.

The proposal will be formally approved by the Cabinet at its next meeting. The file received the Governor’s assent on Monday.

The demand for use of Odia language in official communications, administration, judiciary, trade, and commerce was a long-standing demand of various organizations working for the protection of Odia language.

This demand had gained significant momentum after Odia was accorded the status of classical language.

Meanwhile, Bhasa Andolan, one of the organizations spearheading the movement for use of Odia as the official language has announced to temporarily put on hold its demonstration of black flags.

Odisha police arrest two for murder of a teen in Nayagarh

Odisha to auction seven mines by August this year

Odisha: Notices slapped on business establishments for not…