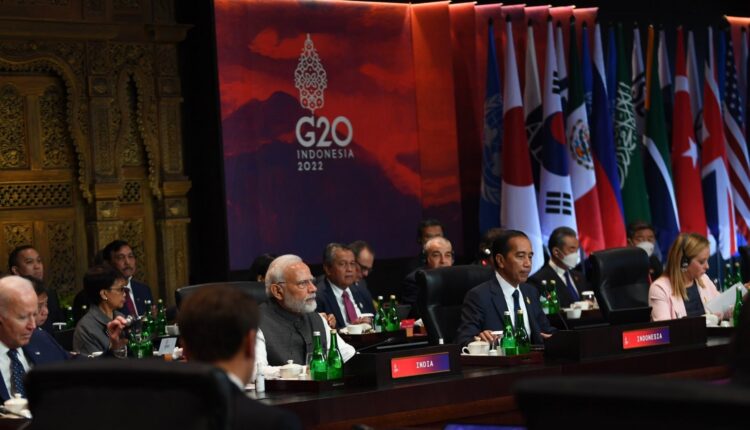 In the history of international relations there have been understanding, entente and grouping of sovereign States over centuries for peace, security, economic cooperation and even for wars. International organization of States have been created since 19th century making them wide and all embracing. Interestingly on technical and specialized matters it started with International Telegraphic Union, and it was followed up by Universal Postal Union. The first path-breaking international institution on political domain was the League of Nations after the First World War. Although the noble objective of this institution was to prevent all wars in the world, its failure for several reasons brought within twenty years of devastating Second War which culminated with use of atom bombs against Japan by the United States.

Such were the horrors of war and destruction of assets and more so decimation of human rights, need to establish another international institution to keep peace was attempted by establishing United Nation through a multilateral treaty called the Charter of UN trying to obtain legitimacy from the people. No wonder the Preamble used the words, “we the people of United Nations.” Although success or failure of this body in maintenance of peace has been debated from the inception ,there is broad agreement that this institution and its system which included Specialized agencies like WHO, ILO, ITU, ICAO, IMO, UNESCO,WIPO, WMO etc. have played a significant role in growth of international law, and more so international order in the arena of health, air transport, maritime transport, meteorology, communication, climate and science and technology.

In the area of security in the UN system some members have elitist status although the principle of equality of all the States was the guiding philosophy behind the creation of this multilateral institution. In the Security Council, there are veto wielding five permanent members and ten rotational membership through election. Five permanent members undoubtedly enjoy special status as experience shows that these members can escape sanction and other retribution even if they resort to flagrant violations to the Charter, the basic fundamental constitution. Both US and Russia have demonstrated their privileged status more aggressively than others like UK, France, and China.

How these countries became such members is well known. It is often stated that they were victor powers. Frankly speaking US, Russia and UK were victors in true sense of the term. France got the status mainly because of UK whose war-time prime minister Churchill had put weight behind France because De Gaulle fought against Hitler from Britain. China was hardly a victor power. If Mao Tse Tung would have defeated Chiang Kai Shek before the UN was created US would not have allowed China’s membership on Security Council. The Communist China remained out of UN till 1970 until Nixon became friendly towards Mao after the famous Kissinger’s diplomatic breakthrough.

Now situation is different. Germany and Japan, both defeated powers, are economically strong and contribute substantially in financial terms to UN. India, the second largest populous country and third economic power by PPP standard, Brazil and South Africa are major economies. Their absence from the UN Security Council is anachronistic if the theory that some members should have leadership role in multilateral outfit is accepted.

Knowing very well that UN reforms of Security Council to give access to India, Brazil, South Africa, Germany, and Japan, will not be feasible due to present power balance and political alignment, alternative solution should be found to give important status to these countries.

On security side the world has to live with current reality. Five permanent members would enjoy privileged status. They would not surrender their status.

In the world some institutions have sprung up outside of the United Nations playing some effective role to deal with regional matters like EU, OAS, OAU and ASEAN group of countries.

More prominently Groups like G-6, G-7, G-8 showing the way for economic leadership created a path for G-20, particularly after financial crisis of 2008.

India led by Dr Manmohan Singh made a mark partly because of his global reputation as an economist and mostly because of robust growth demonstrated by India in the first decade of this century.

Now G 20 as a group has taken up a key role in economic matter including high priority environmental matters.

This Group has potential to complement the UN on certain issues like poverty, health, and climate. It is more representative than Security Council. Members have been drawn from across the world based on their economic strength having no bias based on ideology, race, religion, and geographic status.

As of 2022, there are 20 members in the group: Argentina, Australia, Brazil, Canada, China, France, Germany, India, Indonesia, Italy, South Korea, Japan, Mexico, Russia, Saudi Arabia, South Africa, Turkey, the United Kingdom, the United States, and the European Union. Guest invitees include, amongst others, Spain, the United Nations, the World Bank, the African Union and ASEAN.

The G20 countries account for almost 75% of the global carbon emissions. After the adoption of the UN Sustainable Development Goals and the Paris Climate Agreement in 2015, more “issues of global significance” were added to the G20 agenda: migration, digitisation, employment, healthcare, the economic empowerment of women and development aid. Despite promises G20 nations subsidised fossil fuel companies over $3.3 trillion between 2015 and 2021.

Legal status of G-20, however, is in the grey area of international law. There is no multilateral treaty which is the basis of grouping. This Group has evolved based on economic might although exclusion of countries like Spain, Norway and Singapore have generated criticism. Many have considered that this Group has been arbitrarily created although its decision based on consensus may have long term effect of the global economy without association of all countries. This Group has been based on understanding among a certain number of countries with observer status to many international institutions like IMF, World Bank, WTO etc.

In the light of dysfunctional nature of the Security Council on security matter, a body like ECOSOC being too large and unwieldy, global economic matter needs coordination and cooperation among big and large economies, therefore, G-20 can graduate to become a formal institution based on multilateral treaty. Its association with UN can be formalized through a treaty between UN and G-20 in the pattern of agreements signed between UN and Specialized agencies. In other words, G-20 can be integrated with UN just as Specialized agencies. To start with a multilateral treaty arrangement may be created to weave the members of G-20. Instead of present system of host country giving secretarial service, UN secretariat can provide secretarial assistance. Annual meetings can be on a rotational basis and local host country can provide assistance. For permanent working of this multilateral group, the local government providing secretarial service would continue to be hamstrung by its transitory nature, weak professional work force, and ad hoc nature of work. A formal constitution can be prepared for adoption which should have scope for access to other countries either as observers or for rotational membership to make the arrangement more inclusive.

Under India’s presidency an effort can be made to give legal status by creating multilateral formal entity with juridical nexus with UN.