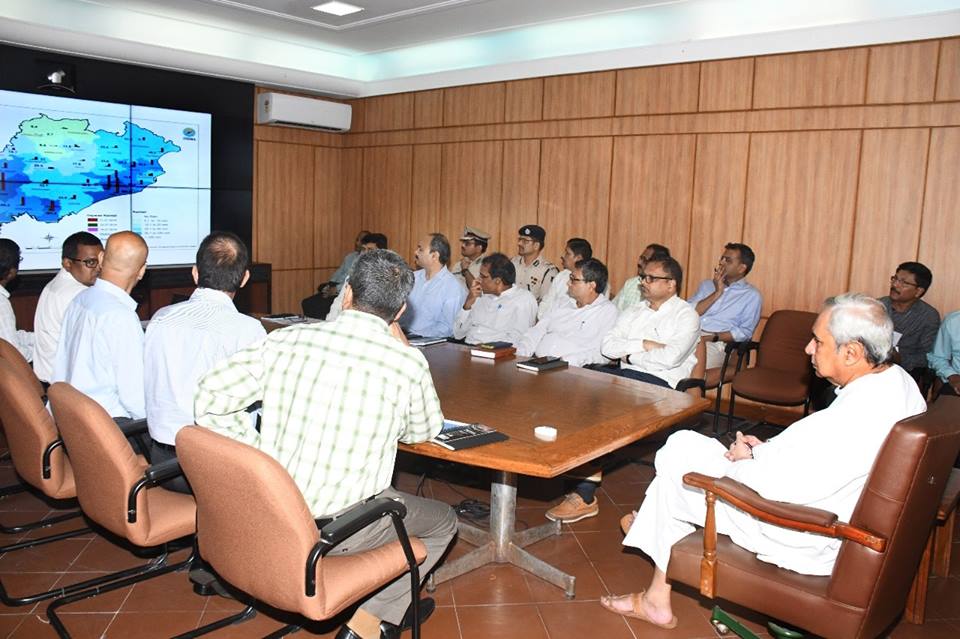 Bhubaneswar: In view of the incessant rainfall in the Mahanadi river basin and possibility of a flood in Odisha, Chief Minister Naveen Patnaik today directed concerned officials and departments to remain prepared in order to tackle any emergency situation.

Chairing a review meeting at the State Secretariat in the presence of Chief Secretary, Special Relief Commissioner and other officers, the CM asked the concerned district administrations to immediately provide relief materials to affected people in the case of flood.

The Fire Services Department and ODRAF have been advised to help the district administrations in relief material distribution and rescue operation.

Patnaik also directed the officials of the districts, where normalcy has returned, to submit damage assessment report to the State Government so that assistance can be provided to the victims.

It was informed in the meeting that disrupted road connectivity in Malkangiri district has been restored. Situation in Kalahandi district and Bhubaneswar, Cuttack & Puri cities is normal. On the other hand, situation has improved in Sambalpur while people are being provided with cooked food.

Collectors of Cuttack, Kendrapara, Jajpur, Jagatsinghpur, Khordha and Puri districts have been directed to stay alert to meet any eventuality.

“Baitarani river at Akhuapada is flowing above danger mark which would affect some villages of Dhamnagar and Bhandaripokhari areas. Those residing in low-lying areas of Mundali have been alerted. Rescue operation would not be necessary for moderate flood. If required, necessary steps will be taken,” Special Relief Commissioner Bishnupada Sethi said after the meeting.

Class-IV girl drowns while taking bath in pond in Nayagarh

Drain encroachers to be evicted for water evacuation in Odisha capital

Fishing ban in Odisha from Nov 1 for conservation of Olive…