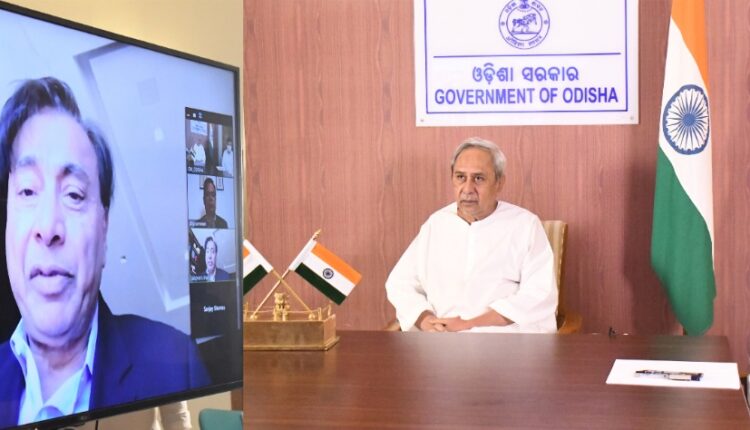 Bhubaneswar: The world’s leading steel and mining company ArcelorMittal announced to invest Rs 2,000 crore in Odisha. This was informed by the company’s Chairperson LN MIttal during a videoconferencing with Odisha Chief Minister Naveen Patnaik today.

Similarly, the company will expand the capacity of a beneficiation plant at Dabuna (Keonjhar) from 5 million tones to 16 million tones. After acquiring Essar Steel, ArcelorMittal is expected to execute these steel projects of the former in Odisha.

“You have a great experience and you have managed the COVID crisis very well which is a good news,” Mittal told Patnaik during the interaction.

Referring to his company’s investment plan, Mittal said if it so happened that the “company could not produce in Hajira, the full production, we would produce in Odisha and export pellets”.

Patnaik assured Mittal of all support from the state government. He said the Chief Minister’s Office will interact with the ArcelorMittal office so that your (Mittals) project gets headway very soon.

The Chief Minister also advised the steel magnate to add value to the mineral resources procured from Odisha in the state itself so that it will help creation of employment opportunities and enhance the development of the state economy.

Worth mentioning, Essar Steel had signed an MoU with the Odisha government in 2005 to set up a steel plant in Paradip. This apart, Essar Steel had one iron ore beneficiation plant at Dabuna and a pellet plant at Paradip.

ArcelorMittal bagged Thakurani and Sagasahi mines in Keonjhar during the mines auction organised by the Odisha government in February.