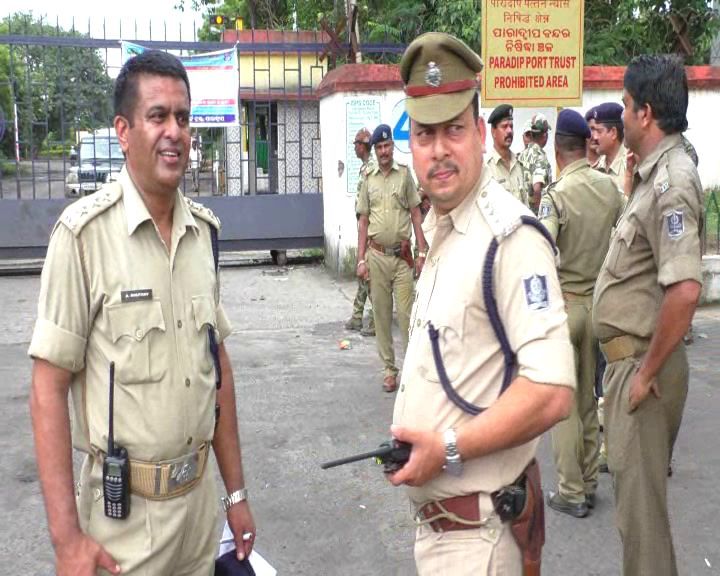 A day after a dispute between the intra-port transports dumper unions in Odisha’s Paradip turned violent, section 144 was clamped across five gates of the port town today.

According to Paradip IIC, as many as 450 commandoes of Central Industrial Security Force (CISF), at least 20 platoons of Odisha police, 40 officials of state government and seven officers of magistrate rank have been deployed to prevent any untoward incident.

“Since the past one year squabbles have been quite common in Paradip over stevedoring disputes between several organisations. We have intelligence inputs that ask us to remain alert to avoid a similar situation this time. Apart from police staff, we have deployed fire department officials, cranes and other equipments. Action will be taken against the violators according to the law,” said the officer.

The massive deployment comes in the aftermath of the scheduled arrival of a ship carrying 15,000 MT of cargo today. Special care is being taken by the administration to ensure that the operations at the port are not affected.

It may be noted here that after a long dispute with Paradip Stevedores, six stevedoring organisations, led by Seaways Shipping, had formed a new association named Utkal Stevedores Association back in September 23, 2015.

The new association, however, was seen as a challenge to the monopoly of Paradip Stevedores over cargo handling and rivalry between the associations has been quite common over the ensuing period.