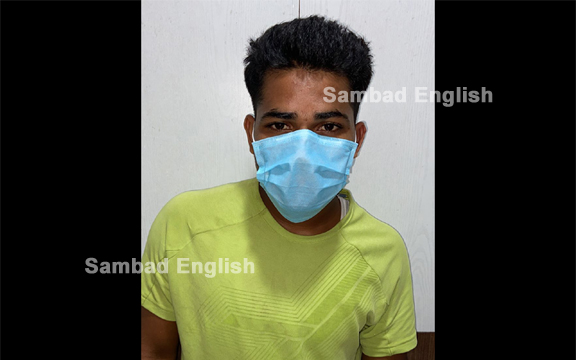 Bhubaneswar: In a major crackdown today, the Special Task Force (STF) of Odisha Crime Branch seized brown sugar weighing around 2,020 grams following a raid conducted near Jatani bypass road in Khordha district and arrested a youth in this connection.

The drug peddler was identified as Rakesh Samantray alias Raka, the son of Dukhishyam Samantray from Andharua village of Gopalpur panchayat under Ranapur block of Nayagarh.

The STF personnel were tipped-off that accused Raka was negotiating with different parties to sell the contraband item. Swinging into action, they raided leading to the huge seizure of narcotics, the market value of which would be about Rs 2 crore, a senior official expressed.

Police have recovered a knife and several other incriminating instruments from Raka’s possession. He was forwarded to court later in the day.

It is pertinent to mention here that Raka is a history-sheeter and was previously involved in a murder case. He was then arrested by Khandagiri police in 2018. Recently, he was granted bail. However, the youth continued committing crimes after his release from jail.

Since 2020, when a special anti-smuggling drive was launched by STF, the agency has so far seized 61 kilograms of brown sugar and heroin, 202 grams of cocaine, 111 quintals of cannabis (Ganja) and 750 grams of opium. The STF personnel have arrested 163 persons for the illegal trade.