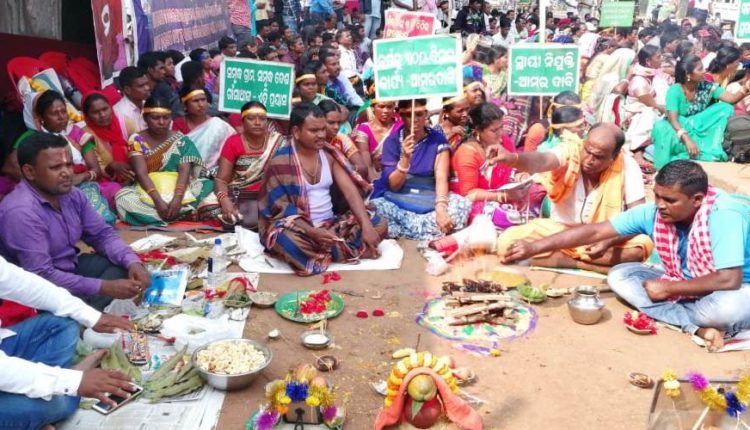 Bhubaneswar: Its 22 days on, the Gaon Sathi workers under the banner ‘Gaon Sathi Sangha Milita Kriyanusthan Committee’ are on strike in the state capital over various demands.

The Gaon Sathi workers observed the protest today in a unique way. They performed a Yajna on the road in the morning.

Before the ritual, thousands of agitators took out their third massive rally led by Gaon Sathi joint action committee’s general secretary Laxmidhar Biswal and president Soubhagya Mishra from Congress Bhawan to the barricade of Assembly as a mark of protest.

The protestors have spent 22 days on Mahatma Gandhi Road at Lower PMG in Bhubaneswar to press for their five-point charter of demands.

The gaon sathis launched indefinite strike on November 4 on five-point charter of demands including permanent appointment in panchayatiraj department in phases and monthly remuneration of Rs 6,000.

During ongoing stir, the protestors have already discussed with the Panchayatiraj Minister twice, but the meetings remain inconclusive due to absence of department secretary.

Sources said that the third meeting with the minister is scheduled today.