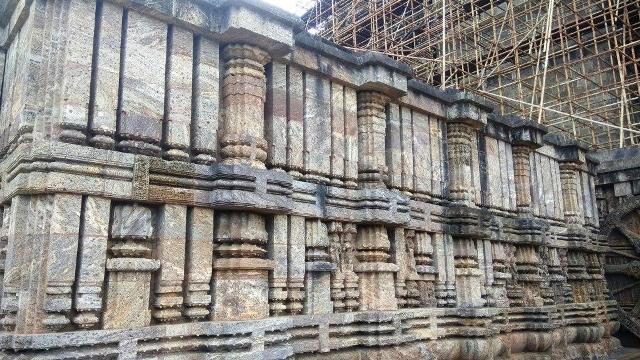 Though the letter, Patnaik also urged the Union Minister to direct the Archaeological Survey of India (ASI) to take proper steps immediately for preservation and conservation of the world heritage monument.

“The newspaper mentioned that 40 per cent of the original artistic stone carvings of the Konark Sun Temple have been replaced by the ASI with plain stones. The report is a matter of worry and concern for all of us,” the letter read.

“I have a feeling that the temple deserves more attention from the ASI that what it has got. The ASI needs to focus more on proper conservation of Konark Sun Temple and its art and aesthetic value,” the CM mentioned in the letter.

Worth mentioning the Konark Sun Temple, built by King Langula Narasingha Deb in 13th Century AD, represents the climax of Odisha temple architecture. The temple that represents a chariot of the Sun God is one of the World Heritage sites declared by the UNESCO and one of the major attraction of foreign tourists in Odisha.

World Congress of Poets in Bhubaneswar next year