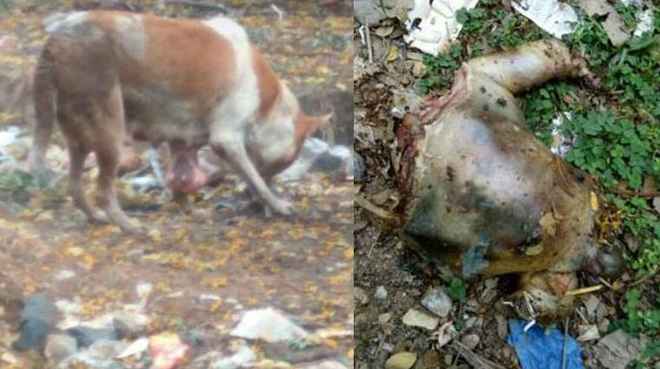 In a bizarre incident, stray dogs this afternoon feasted on the body of a newborn child inside the campus of Jeypore Sub Divisional Hospital in Odisha’s Koraput district following which tension prevailed on the premises.

The visitors to the hospital were witness to the grotesque site of four dogs nibbling the lower part of the torso, head and a hand.

“We saw the dogs eating the body near the transformer after which we informed the CDMO. However, he did not comment on this. This is a horrific incident. How could dogs mutilate a body inside a hospital,” an eyewitness said.

Hospital authorities shooed away the dogs. Following the incident, tension prevailed on the campus for quite some time.

The dogs were seen eating the corpse near a drain at the backside of Ophthalmology department of the hospital.

It is learnt that the newborn is 3-4 day old. However, it was not known as to how the baby boy’s body met such an undignified fate.

Respite from heatwave: Thundershower likely over several districts of Odisha

Ransomware threat: Odisha CB issues advisory on WannaCry; read how to fix it