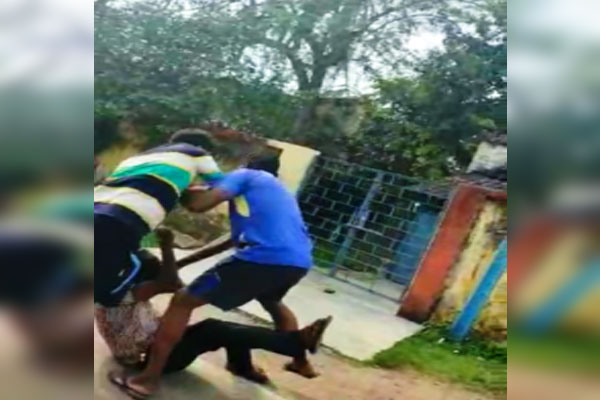 Balasore: For protection money of a meagre Rs 200, a street vendor was thrashed in public allegedly by a railway staff and his associate in Soro of Balasore district.

The incident came to fore after a video of the act purportedly taken by a passenger went viral.

Reportedly, Mohan Hembram, who was on-duty at the ticket counter of Soro railway station, asked a street vendor selling cucumbers to give Rs 200 protection money. However, the latter expressed his inability to give the money. Reacting to this, Hembram and his associate abused the vendor with filthy language, dragged him on the road and thrashed him mercilessly.

Though the vendor named Harekrushna Siala pleaded the railway staff with folded hands to release him, the latter did not pay any heed and went on beating and kicking him on the road. After a while, Harekrushna managed to escape from their clutches and lodged a police complaint in this connection.