Student among two killed as truck hits auto-rickshaw in Odisha 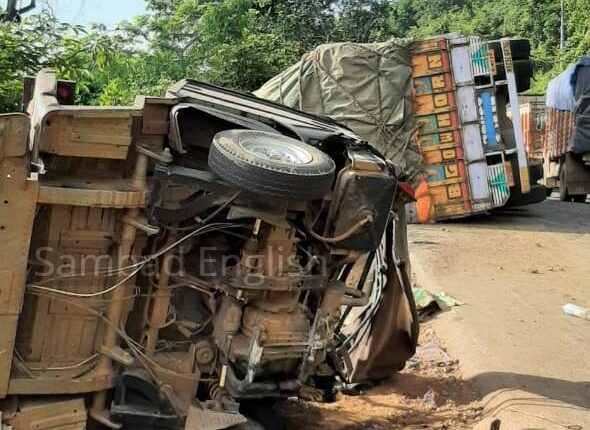 Baripada: A truck hit an auto-rickshaw on NH-49 at Bangiriposhi ghat in Odisha’s Mayurbhanj district today killing two persons including a school student.

According to reports, several school students and their parents/guardians were heading towards Suliapada from Dopatta village in an auto-rickshaw to collect rice allotted under the mid-day meal scheme.

A speeding truck rammed into the ill-fated three-wheeler from rear at the ghat killing the two persons on the spot and injuring 10 others.

On being informed, police and Fire personnel rushed to the spot, rescued the victims and admitted them to the Bangiriposhi Hospital. The injured ones were later shifted to the District Headquarters Hospital.

The driver and helper of the truck fled the spot after the road mishap.