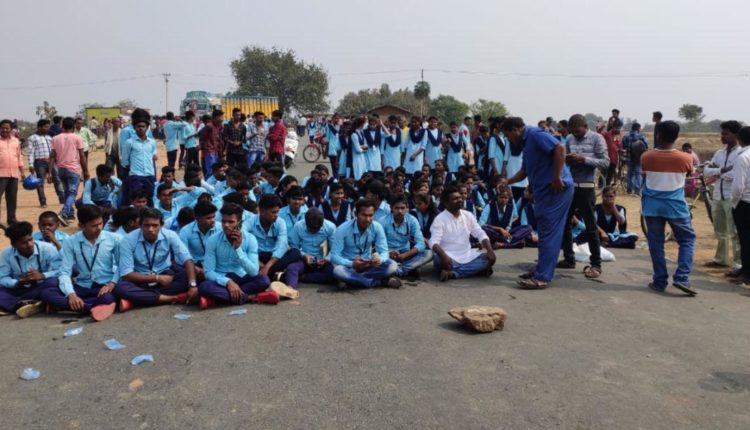 Balangir: In a tragic incident, a college student was killed after a speeding truck hit him near Mohara Chhak on state highway in Odisha’s Balangir district today.

The deceased boy was identified as Balaram Majhi, a Plus II second year student of a college located at Bhalumunda.

According to reports, a speeding truck hit the college boy near Mohara Chhak while he was going to college riding his bicycle on the state highway that connects between Bangomunda and Khariar in Balangir district. The student died on the spot.

A motorcyclist was also injured in the mishap. The victim Dhabaleswar Kata has been rushed to Khariar Community Health Centre (CHC) for treatment.

Following the incident, hundreds of students of the college staged protest on the highway disrupting the vehicular traffic. They demanded compensation to deceased student’s family for the loss. They also pressed to stop movement of heavy vehicles during college hours on the particular route.

Till the last report came in, the local police and Bangomunda tehsildar were trying to convince the agitating students to clear the road.

Odisha Matric exam admit cards to be available from Feb 6