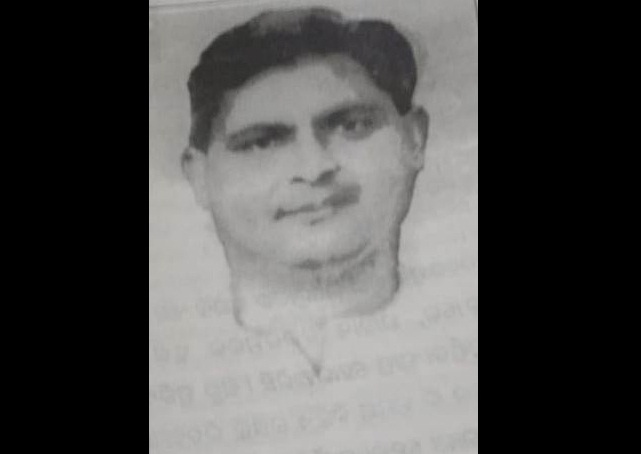 We all know Dr. Bansidhar Panda, the famous industrialist from Odisha, who founded Indian Metal and Ferro Alloys (IMFA), which is a major player in the Ferro Alloys sector in India. Though Dr. Panda had never entered electoral politics, many in his family have. His wife Ila Panda was a member of Rajya Sabha (1992 to 1998) and his son has been a member of both Rajya Sabha (2000-2009) and Lok Sabha (2009 to 2018). But very few know about the electoral battle his father-in- law Prof. Ghanashyam Dash (father of Ila Panda) fought long back in 1957. He fought it on Congress ticket against one of his favourite students, Shraddhakar Supakar from Sambalpur (Double) Lok Sabha seat.

Born in Katapali village of Bargarh district on 4th April 1902, Ghanashyam was a brilliant student of his time, who completed his Graduation in History from Ravenshaw College and Post Graduation from Patna University. He went to England for higher studies with a Government Scholarship in 1923 and came back to join Ravenshaw College as a Lecturer in History in 1927, while he was only 25. He was one of the most popular teachers of his time and has produced many brilliant scholars, who have made names for themselves in various fields.

His students loved him for his friendly and helpful attitude. Shhradhakar Supakar narrates a very interesting experience in his autobiography ‘Madhyam Purusha’ about his visit from Sambalpur to Katak for his admission in Ravenshaw in 1931. He was travelling with two other aspirants for admission along with their fathers in a bus from Sambalpur to Meramundali to catch a train to Katak from there. Coincidentally, Prof. Dash who was returning to Katak after summer vacation in his village was also in the same bus. Unfortunately, the bus had a break down a little before reaching Meramundali and it was almost impossible to catch the train. “Prof. Dash who was barely 29 at that time jumped out from the bus”, writes Shraddhakar in his autobiography, “He borrowed a bicycle from a passerby and cycled his way to the railway station to stop the train, if possible for some time.” It is another story that all of them could finally manage to catch the train that day. But the friendly gesture of this helpful foreign educated teacher was firmly etched in the memory of Shraddhakar.

As luck would have it, after his retirement, Prof. Dash chose to enter politics. He contested the Lok Sabha Elections-1957 with a Congress ticket from Sambalpur (Double) constituency. And his contestant was his student Shraddhakar Supakar from Ganatantra Parishad. That was a difficult battle. It was a double member constituency where two candidates are required to be elected one from General Caste and another from Scheduled Caste. The constituency was too huge covering undivided Sambalpur and Bolangir districts with 7,96,199 voters at that time.

There was a lot of discontentment among the people in Sambalpur on account of Anti Hirakud Dam agitation and Bolangir area was under the clutch of Ganatantra Parishad. Thus, Congress Party got defeated in spite of Prime Minister Jawaharlal Nehru addressing election meetings in Sambalpur. Shraddhakar Supakar (1,31,974) and Banamali Kumbhar(1,34,127) both from Ganatantra Parishad got elected defeating Ghanashyam Dash (84,665) and Mohan Nag (74,954) from Congress.

It was the first and last electoral fight for Prof. Ghanashyam Dash. As Shraddhakar fondly remembers, “He was our beloved teacher, the Assistant Superintendent of our hostel in Ravenshaw, who stood by us like a father figure, in thick and thin”.

Although he got defeated in the elections, he blessed his student Shraddhakar to be victorious in all his endeavours in life. The electoral defeat had not affected his fatherly love for his students.

All set for third phase of polls in Odisha