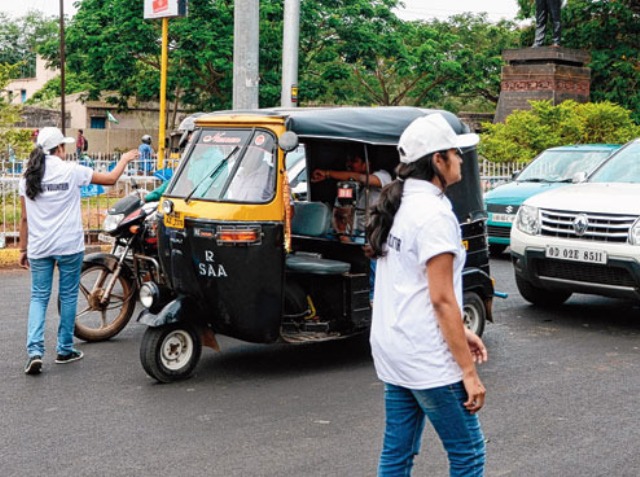 Bhubaneswar: After successful implementation of the student traffic volunteer scholarship scheme within Commissionerate Police system, the state government has decided to extend the scheme to five more cities in Odisha.

Initially, the scheme will be implemented in Rourkela, Sambalpur, Berhampur, Balasore and Koraput. The home department has permitted the SPs for implementation of the scheme in the cities, informed DGP Dr RP Sharma.

The move came in view of traffic congestion, road mishaps and accidents as well as staff shortage to control the vehicular traffic in these five major cities.

As per the decision, the students will be deployed to control the traffic in the cities. They will assist the traffic police personnel at the major traffic squares for three hours. They will be provided special dress, cap and the wage amount Rs 3,000 per month.

Besides, the students selected for the job, will be under the insurance coverage, said a senior police officer.

The student traffic volunteer scholarship scheme (STVSS) was first launched in Bhubaneswar and Cuttack in January last year appointing the college and university students to assist the traffic police personnel in controlling the traffic.

Meanwhile, the Commissionerate police is planning to introduce community traffic volunteer system in Bhubaneswar smart city following successful launch of the STVSS in twin city. Under the proposed project, the local youths will be deployed to control the traffic in their areas.

Odisha warned of rough seas in next two days