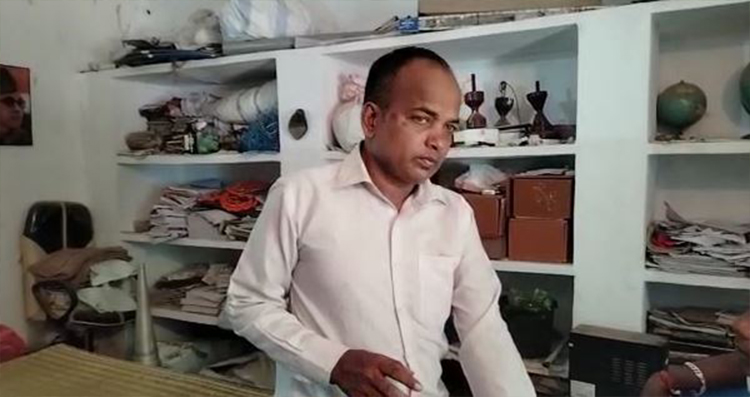 Ratnagiri: Students locked up the gate of Ratnagiri High School under Bari education circle after a video of the headmaster napping in an inebriated state went viral on social media in Jajpur district of Odisha on Friday. After locking the school entrance, the students also demanded that the headmaster be replaced.

Sources said the accused headmaster Prakash Mallik used to remain absent without informing higher authorities and often came to school drunk. After students and guardians complained and brought this to the notice of the district education officer (DEO), an inquiry was initiated and ADEO Rajesh Swain along with block education officer (BEO) Sudarshan Mallik visited the school in March this year. However, even after six months, no action has yet been initiated against the headmaster.

In July, a video of the headmaster sleeping on the carton of a liquor company in a drunken state had surfaced fuelling resentment among locals about the state of affairs in the school. Three days back, another video made rounds in social media of the headmaster sleeping in an inebriated state during class hours and one of the guardians counselling him to refrain from such inapproppriate conduct. The clip led to considerable outrage among parents and students with the latter resorting to locking up the school gate as a mark of protest.

On getting information, cluster resource centre coordinator Tarakant Mallik reached the spot and brought the situation under control after pacifying the students. Accused headmaster Mallik was unavailable to give any clarification on this matter.