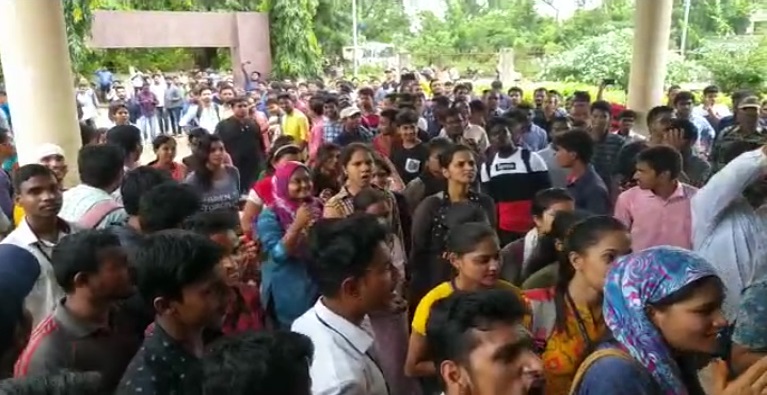 Bhubaneswar: Tension ran high at Utkal University after a group of students had a face-off with police personnel during a protest staged by the former inside the campus today.

Reportedly, over 500 students of the university staged a protest and later gheraoed the office of Vice-Chancellor (VC) pressing for fulfillment of a 10-point chatter of demands. As part of the protest, the protesters asked the students to vacate classrooms disrupting classes. They also locked several administrative chambers in the campus.

The situation turned violent when police tried to prevent the students from force entering the chamber of VC Soumendra Mohan Patnaik. The cops and students manhandled with each other.

Later, a team of Saheed Nagar police led by DCP Anup Sahoo reached the spot to pacify the irate students.

The students alleged that several issues, including mismanagement of hostels and lack of development works have been hunting the varsity since long. Despite repeated approaches, the varsity authorities have remained indifferent towards the demand of the student union.