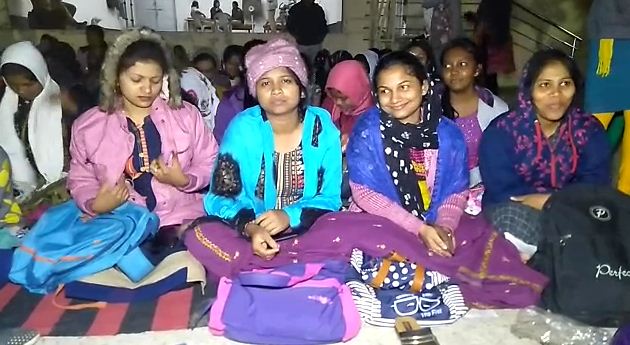 Balasore: Integrated B.Ed and M.Ed students of Fakir Mohan University in Odisha’s Balasore district resorted to a night-long dharna at the Collector’s office demanding to allow them for appearing in Odisha Teacher Eligibility Test (OTET).

The State Government had barred the students from the test, following which they took out a rally from Balasore to Loka Seva Bhawan in Bhubaneswar. However, the district Collector had then intervened and asked them to wait for three days for resolving the issue.

Alleging that the official later ignored them and didn’t pay any attention towards the issue, the students staged a dharna at the Collector’s office last night. They have decided to continue the agitation till fulfillment of their demand.