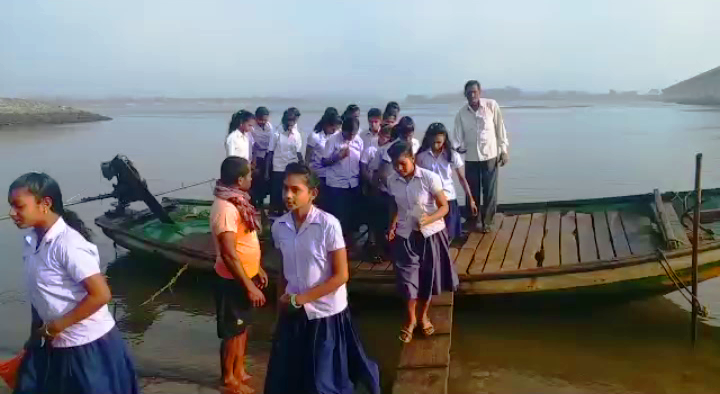 Astaranga:  Putting their lives at risk, around 40 students of Padiari School in Astaranga block of Puri district had to take a ferry ride on a foggy morning to appear in the annual HSC Examination that began today.

With no road connectivity due to the half-done Biju Setu over the Devi river at Talada, the students had no option rather to take a boat ride to reach the examination centre at Surendra Nath Vidyapeeth this morning. Holding admit cards, the students left their houses early in the morning to board the boat.

Sources said Chief Minister Naveen Patnaik had laid the foundation stone for the bridge in 2014. The project was scheduled to complete last year. But it is lying incomplete for reasons best known to the officials concerned.

Once completed, the bridge will connect Jagatsinghpur and Puri districts, sources said.