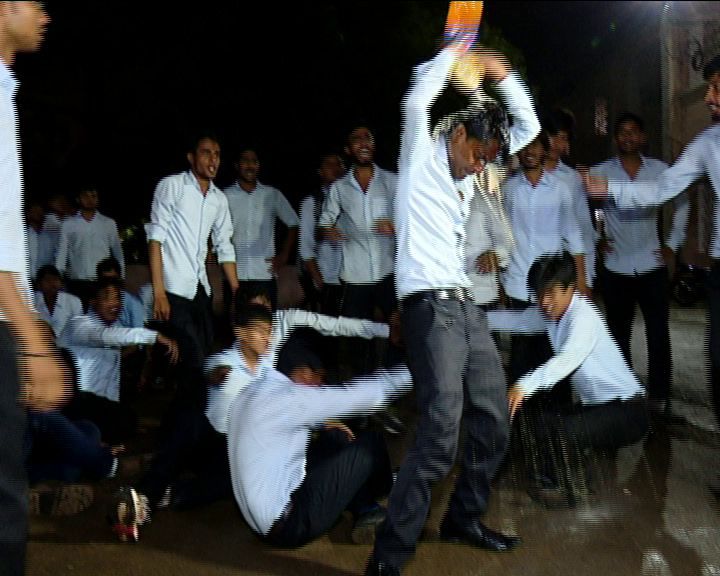 According to a source in the college, the decision to cancel the polls and close the college sine die was taken following two rounds of meetings of staff council meeting today.

The college campus has been handed over to the district administration. While the students have been asked to vacate the hostel, cops have been deployed to monitor the situation.

The situation, however, continues to remain tense in the campus following the announcement. Moments after the notification was issued, angry students locked down the main gate of the college demanding a discussion with the college authorities. Some were seen burning tyres on the road.

The agitating students were seen demanding installation of CCTV in the campus and steps to block entry of non-students inside the college.

“There has been no violence here. About 10-15 supporters of the students’ wing of Biju Janata Dal intentionally burst crackers few days back in an attempt to complicate the situation. They were certain about their defeat. The college authorities are part of the conspiracy to cancel the polls and are operating as directed by MLA Ashok Panda,” said a student leader.

One of the agitating students — identified as Soubhagya Ranjan Sahu — attempted self-immolation after pouring petrol on his body. The cops present on the scene, however, foiled the bid.

It may be mentioned here that pre-poll violence is nothing new in the premier college of the state. Earlier on September 26, unidentified miscreants hurled a crude bomb inside the college. On September 15, the student wing of Biju Janata Dal held a demonstration in the College and had locked down the principal demanding action against Badagada police that had arrested some of their fellow supporters back on August 8.

Apart from BJB, in Bhubaneswar, the students’ union polls have been cancelled in Ekamra College, College of Basic Science and Humanities and City Women’s College amidst pre-poll violence.

Gitanjali Batmanabane is the new director of AIIMS-Bhubaneswar