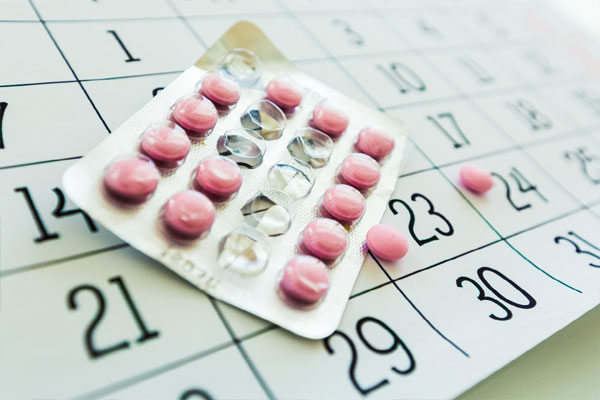 London: Contraceptive pill can reduce the risk of type 2 diabetes by over a quarter in women with polycystic ovary syndrome (PCOS), claims a study.

PCOS, which affects 10 percent of women worldwide, is a hormonal disorder causing enlarged ovaries with small cysts on the outer edges.

The contraceptive pill is often given to women with PCOS to improve the regularity of menstrual bleeds.

The study led by the University of Birmingham hypothesised that the pill reduces the risk of diabetes by dampening the action of androgens.

Thus, if the pill is taken, SHBG increases. This decreases the amount of unbound, active androgens, lowering their impact on insulin and diabetes risk, the researchers explained.

The team analysed records of 64,051 women with PCOS and 123,545 matched control women without PCOS to analyse the risk of Type 2 diabetes and pre-diabetes.

The findings, published in the journal Diabetes Care, also showed that women with PCOS have twice the risk of developing Type 2 diabetes or pre-diabetes (dysglycemia) — highlighting the urgent need to find treatments to reduce this risk.

They also identified hirsutism (excessive hair growth) — a clinical sign of high androgen levels — as a significant risk factor for Type 2 diabetes and pre-diabetes among women with PCOS.

In a control study of 4,814 women with PCOS, the scientists found that use of combined oral contraceptives reduced the odds of developing Type 2 diabetes and pre-diabetes in women with PCOS by 26 per cent.

In addition, PCOS was also associated with a number of other conditions in the long-term, such as endometrial cancer, cardiovascular disease, and non-alcohol related fatty liver disease (NAFLD).

“Our data highlight that normal weight women with PCOS were also at increased risk of Type 2 diabetes and pre-diabetes. This parallels our previous finding of increased NAFLD risk in normal weight women with PCOS, further challenging the notion that PCOS-related metabolic complications are only relevant in the context of obesity,”A Krish Nirantharakumar, Professor in Health Data Science and Public Health at Birmingham.

“These data suggest that, rather than obesity in isolation, PCOS-specific factors, including androgen excess, underpin the increased metabolic risk,” he added.

Power crisis in India: Here’s all you need to know

Four including an Imam arrested in Bangladesh for vandalising Hindu temple